If there is a certain amount of funds and free time, you can, as an American designer, Steve Arin (Steve Areen) take and build something similar to what he had built in Thailand hacienda his friend Thais Hajjar Gibran (Hajjar Gibran). 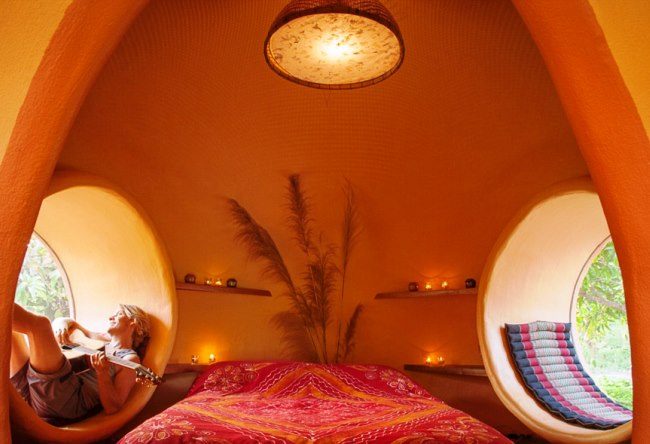 The idea of building a small house bachelor, in the form of a small dome Steve Arina came when he met with the construction of a house for the next wealthy Thais. The originality of this project, which is rife with national architectural elements, albeit with a modern design. 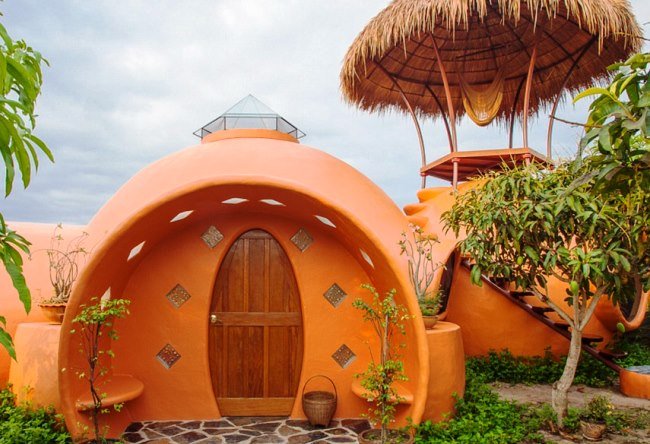 With this in mind, Steve allocated from the budget of about six thousand dollars and started the implementation of its Thai project, which was to affect not for its architectural and interior refinements, and the convenience of originality with the overall structure of minimalism. With this in mind as the main form of the building, Steve chose a spherical shape, which are arranged in a small three-bedroom house, which largely corresponded to the surrounding nature. 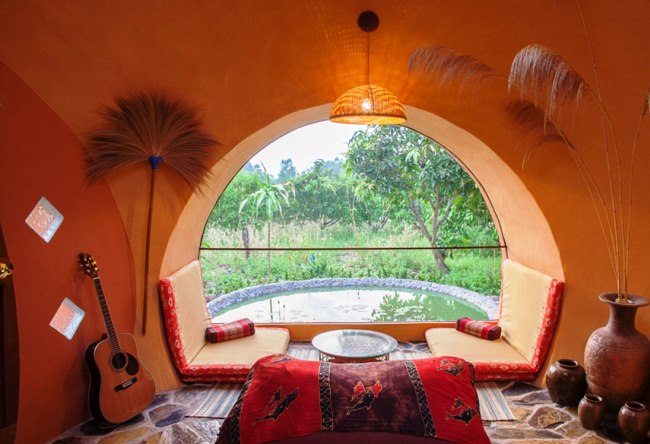 And as the climate is quite favorable for Thailand holiday, by a strange whim Steve Arina, the presence of the front door, in any case does not determine the presence of glass in window openings of the building. In principle, it is quite an original solution, because no glass creates a unique feeling of oneness with nature mango garden, where the house is located Steve. However, what about the protection of the home from a variety of blood-sucking and flying insects, as well as from heavy rains did not quite rare, and Thailand, especially during the summer monsoon. 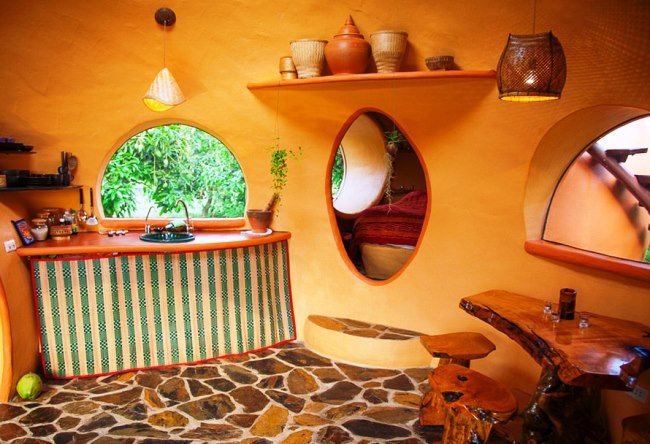 However, many believe that we should not be so critical in the evaluation of the project in terms of its practicality, because by and large, domed house Steve Arina is, above all, a certain concept that should be considered only as an idea of creating an original space habitat man in «harsh» conditions of the Thai climate.