It is believed that those people who have been on Mount Tianmen, could touch the sky. Since then located just Chinese «Gate to Heaven» – a large cave, which was formed as a result of the destruction of the mountain. Otherwise her name – «magic cave in Western Hunan». 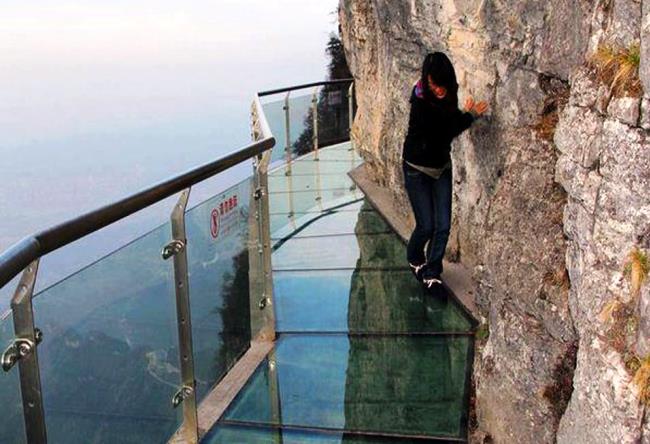 China lifetime attracted my attention, and how differently because it is one of the oldest civilizations in the world, with a very rich and beautiful history and lots of wonderful sights. Tianmen mountain height is 1518 meters, and this indicator is inferior to most other mountains in China, but the tourists come here for another reason: 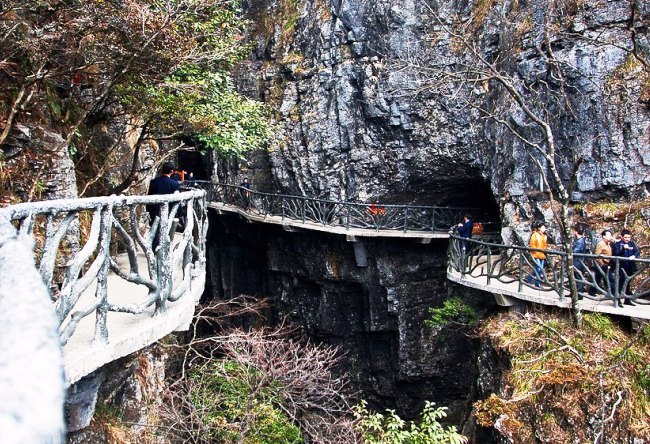 Firstly, there is a beautiful cave, which has already been written a little bit higher, which is considered the most highly situated on Earth. From the annals well aware that it could be formed even in the 263 year, its length is 60 m, width – about 57 m and a height of 131.5 meters it. Just because it is too high location, and because of the fact that wrap it all the time it is called cloud Tyanmenshan, which means «Heaven’s Gate». To get closer to the cave should first climb high up the stairs. 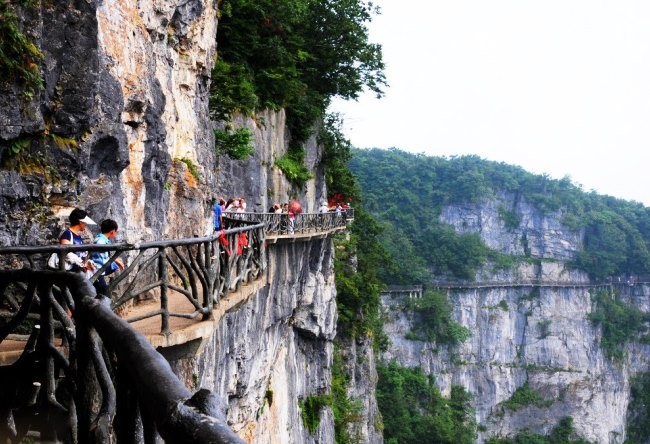 Secondly, on Tianmen is very popular with pilgrims and visitors Buddhist temple, which is also called «Heaven’s Gate». It is a complex of 10 thousand square meters. 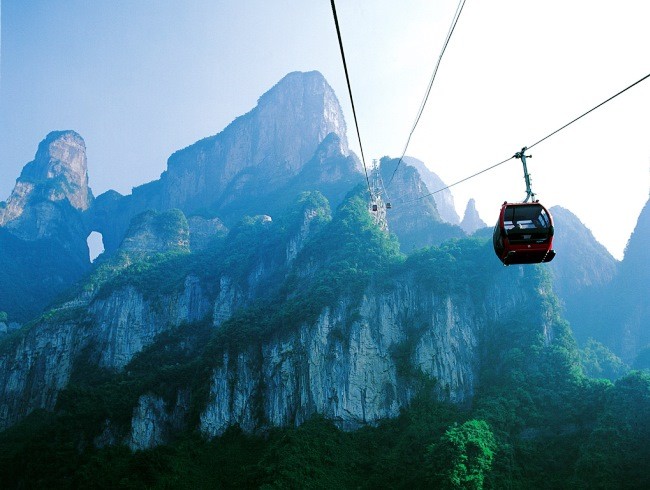 Thirdly, on the uphill road in itself be called landmark. Getting to this place only in two ways.