China, as not only the largest country in terms of its population, but also in its ancient culture, amazes everyone who has come into contact, both with its history and its modernity, with its grandeur and the scale of Chinese projects. And the first thing that comes to mind when mentioning this country is the Great Wall of China and the Terracotta Army of Qin Shihuandi. 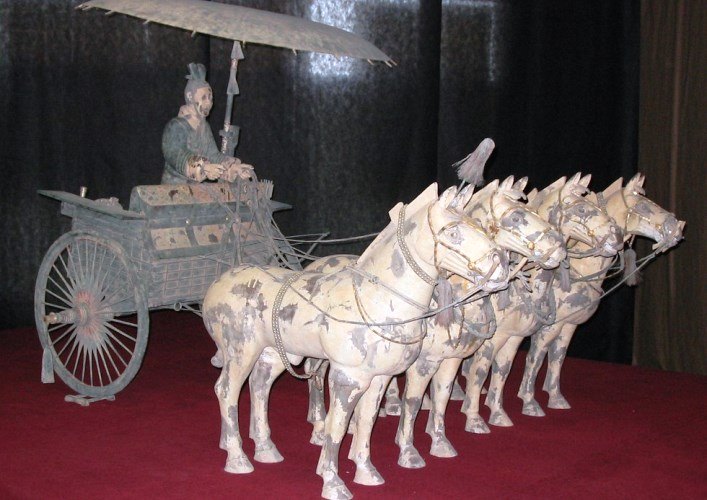 The terracotta army of Qin Shihuandi and her secrets

The greatness of this archaeological find, accidentally discovered in 1974, can be felt not only by visiting the grandiose museum itself, where the entire Terracotta Army is represented, but even viewing numerous photographs of this unique artifact. And its uniqueness can be easily assessed by such figures that the whole magnificent army of Qin Shihuandi has more than eight thousand terracotta figures of soldiers, horses and other military ammunition made in full size and lying underground for more than two thousand years.

It should be noted that such interesting places in Asia as the Terracotta Army of the first Chinese emperor Qin Shihuandi, amaze almost all lovers of antiquity with the grandeur of the works executed by Chinese archaeologists. After all, from the moment when a simple Chinese peasant Jan Jivan tried on his land to try to dig a well to irrigate his plot, and unearthed one of the masterpieces of world culture, it was neither much nor little, but thirty years. Almost exactly as many ancient Chinese masters needed to make this artifact, to match that, except that the Egyptian pyramids. 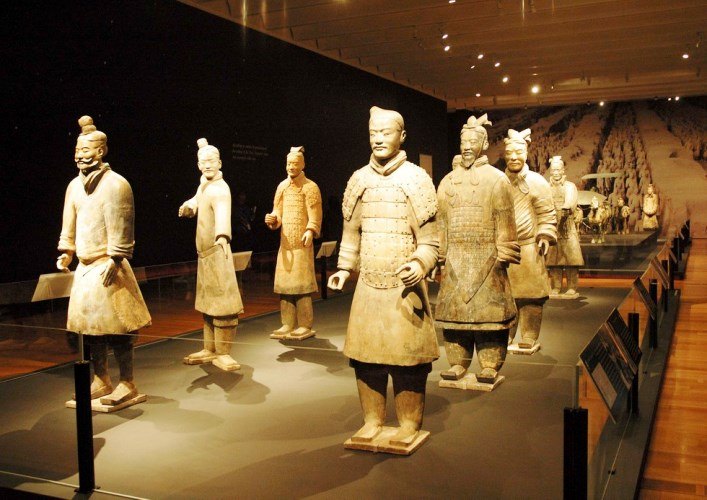 And, like the Great Wall of China, the beginning of construction, which the Emperor Qin Shihuandi also laid, the Terracotta Army contributed to the fact that tourism in this region began to develop quite rapidly. At the same time, many thousands of tourists try to get to this museum, despite the fact that it’s not so easy to get to Qinling village in Lingtung area, because the train connecting the city of Xi’an with Situn, where the Terracotta Army museum is located, Makes his trip only once a day.

In addition, that the tomb of the First Emperor of China and the founder of the Qin Dynasty, Qin Shihuandi, standing next to the museum, is not yet unearthed. And, as local guides say, there is not only not enough money for this, but also with Chinese archaeologists, after the excavation of the Terracotta Army, a kind of prejudice over the possibility of «disturbing» the tomb of the Great Emperor.

If your trip to China begins with Beijing, and this is a pretty classic option, then by train or plane to the city of Xi’an to the Museum of the Terracotta Army you can get by bus number 306, departing towards Lintong from the station square. And then the museum is just a stone’s throw away from a fairly decent highway, just three kilometers.