Not so often, but in our earthly life there are real examples, when some phenomena simply do not yield to any of the generally accepted laws of physics. We are talking about the Golden Stone in Myanmar, which, rejecting all the laws of gravity, stands on the edge of the abyss for the first thousand years and does not even think about falling … 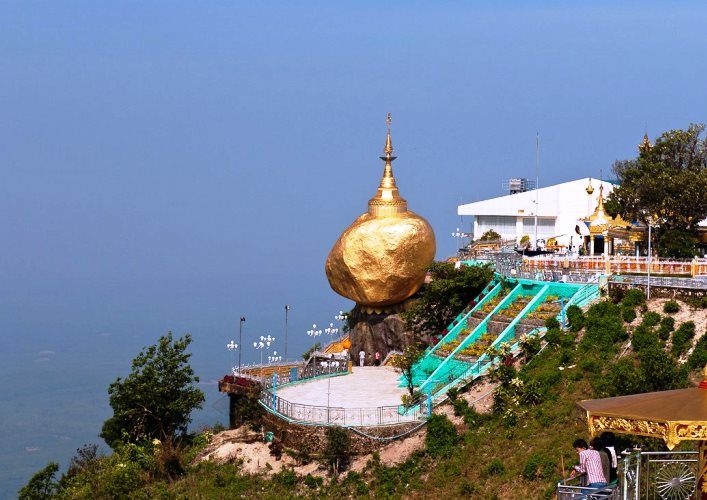 If for some time some of the religious postulates that apologists of Buddhism attribute to this geological phenomenon are discarded for some time, then the Golden Stone really balances on the verge of a materialistic understanding of the phenomena of nature, and the phenomena sometimes shown to us by the unsurpassed David Copperfield. Indeed, indeed, in all our understandings of the laws of the same gravitation, the Golden Stone had long ago fallen from its peculiar pedestal. But thanks to some strange reason, a stone block weighing several hundred tons, remains on this side for more than one century.

And if we adhere to the theory put forward by Buddhist monks, the Golden Stone is held in its position solely due to the presence on its top of the Buddhist pagoda, in which to store one of the hair of the sacred Buddha. To the extent that such a theory is true, it is rather problematic to say, but based on the current state of affairs, many religious sites in Asia simply fade in popularity among the numerous pilgrims. 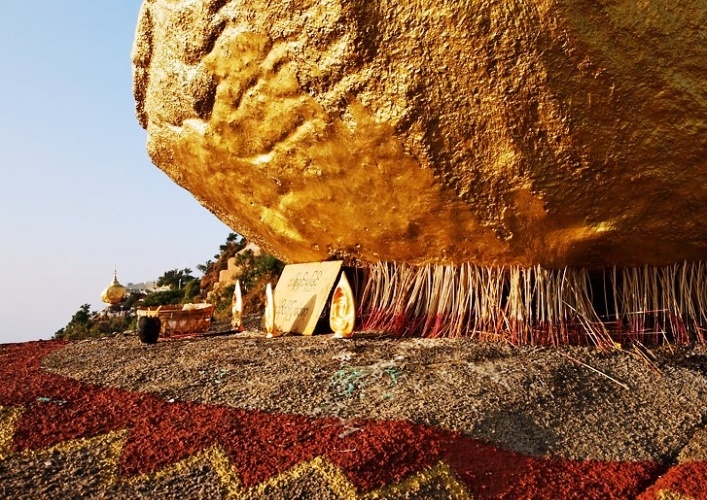 In addition, according to the same Buddhist monks travel to the Golden Stone, at least three times a year will bring you complete family well-being and financial success in any kind of business that you are engaged in recently. To what extent this religious maxim also corresponds to reality, it is also quite problematic to check, as well, the circumstance at whose expense the Golden Stone is almost completely covered with gold leaf, like the Buddhist pagoda located on its top.

First of all, it should be noted that in practice quite often such states as Burma and Myanmar are perceived as two completely different entities. However, this is a significant misconception of experts in modern geography and the political map of the world. The Republic of the Union of Myanmar is practically the same thing, since the name of the state of Burma got this territory from its colonial past. So, if you really are planning to travel to Burma, that is, in Myanmar, then you arrive in the capital of this state of Naypyidaw, change to one of the intercity buses and go to the small town of Yangon next to which the Golden Stone is located.