Among the many overseas territories belonging to Great Britain, the British Overseas Territory of Turks and Caicos stands out because on one of the islands of this conglomerate there is a unique Blue Lagoon that attracts many admirers of this region due to the amazing purity of the water of this lagoon and the no less wonderful world of animals inhabiting it . 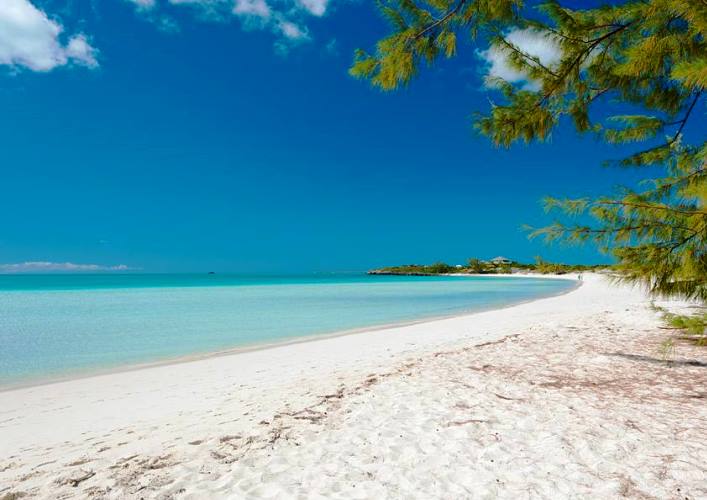 Given the fact that the name of the island of Providenciales Island is said to be somewhat problematic, especially for English-speaking tourists, its abbreviated name «Provo» is more common among local residents, even among local residents. So, if in this or that tourist guide you find the name of this island in the form of Provo, then, without thinking, take this island territory only as Providenciales Island. A fairly frequent reference in tourist publications of this particular island is connected not only with its magnificent beaches and comfortable hotels, but also with the fact that the real gem of this island is its Blue Lagoon Chok-Sound, which strikes with the clarity and transparency of its water and the abundance of all kinds of wildlife Inhabiting the water column of the lagoon. 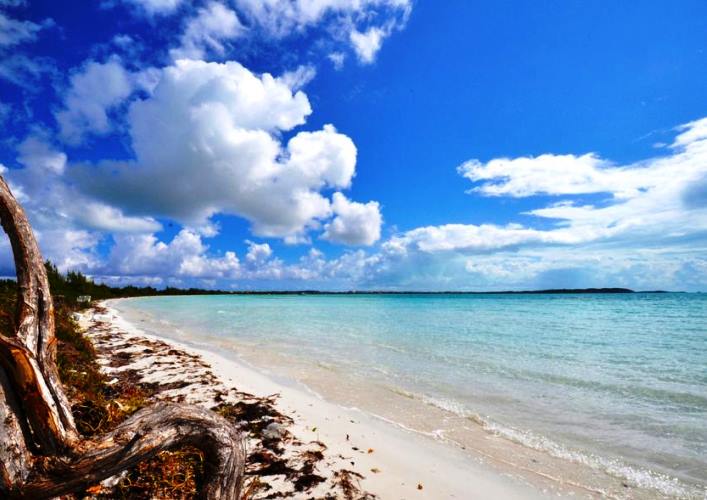 So, that a significant part of those who make a trip to America and its Caribbean region, try at least for a while, but stay, on this, indeed, a paradise for tourists. And there really is something to see and feel in the embrace of the pristine nature. Indeed, unlike the numerous beaches of this island, where you can dive and other exotic sports associated with the ocean, it is quite problematic to get into Chalk Sound. So, as already several decades the lagoon is closed for free visiting and is the National Park. And it is in this way that the authorities of this island state are trying to conserve this corner of nature from the impact of civilization and the inevitable costs for nature on the part of the tourist business.

However, despite the restrictions, a trip along the Blue Lagoon of the island is quite possible. And for this it is enough for a small fee to visit boat excursion along the Chok-Sound lagoon. And the most noteworthy moment of this excursion will be the circumstance that a small boat on which you float on the water surface of the lagoon does not have an engine, they are simply banned in this place, and you will be moving at the expense of the muscular power of the boatman, the local aborigine. 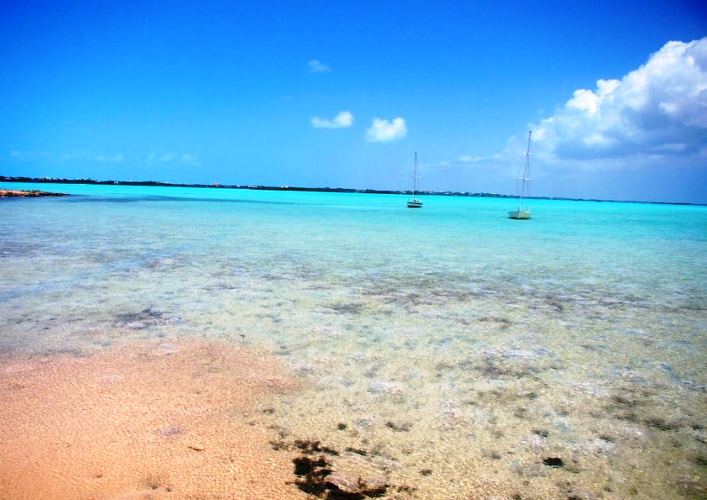 So, as there is no direct air service from the territory of our Fatherland, then to Providenciales or Privo, you will have to travel through the UK, the Dominican Republic or even the USA. And on average, this flight will take you at least 13 or 14 hours, not counting the time for the next transit flight, that the minimum can cost only $ 2,000 per person.