So it turns out, but by the will of fate after the death of any person, his descendants are only the creations of this man’s hands and ancient tombs, which in time can become an object of veneration of a person who has passed away, or a place of his oblivion. This is exactly what happened with the rocky tombs of the Turkish city of Kaunos.

History and ancient tombs of Kaunos 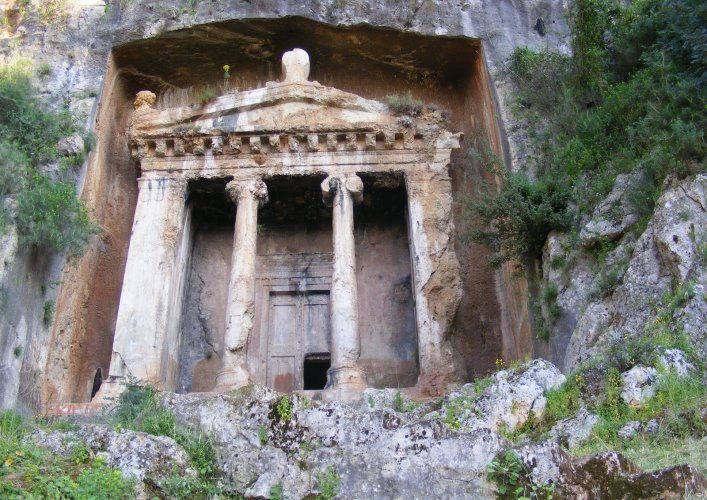 One of the many reasons why Turkey has a fairly large number of tourists is the fact that in its territory besides first-class resorts, there are a lot of historical sights, which are mainly connected with the history and development of Christian culture. And one of such places is the ancient tombs of Kaunos, an ancient city, the history of which is more than one millennium.

So in particular, in those immemorial times, namely three thousand years ago, the city of Kaunos, which was located next to the modern Dalyan, was a fairly large shopping center of that time and almost any sea voyage in this region began or ended exactly in Kaunos. After all, almost in the city was a fairly large and comfortable bay, on the banks of which were equipped not only berths, but also premises for storage of imported goods. 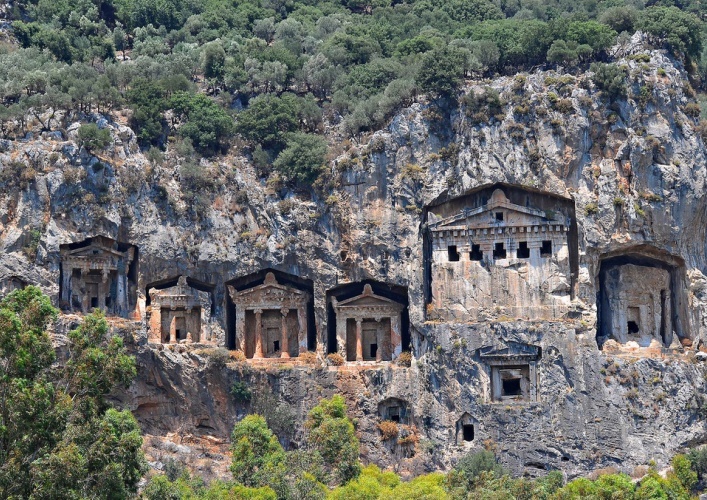 At the same time, Kaunos, founded by the son-exile of the famous ancient Greek king Miletos, practically throughout his lifetime had the status of an independent city of the state, which led to such interesting facts in his history that in his three millennia he changed numerous owners, beginning from the same ancient Greeks, And ending with later Byzantines. And they were all attracted by the independence of the city and the possibility of conducting free trade, without any restrictions.

However, the time passed and, by the will of fate, the sea «turned away» from Kaunos in the direct sense of the meaning of this word. The magnificent and comfortable bay eventually became shallow, and most merchant ships could not enter the port. And to unload the goods brought to the boats not only delayed the transfer of cargo, but also greatly increased its cost. So, in time, the city was simply emptied and turned into its modern state, when tourism is practically the main activity of not many of its inhabitants who conduct tourist groups to the famous ancient tombs located in the mountains adjacent to the city. 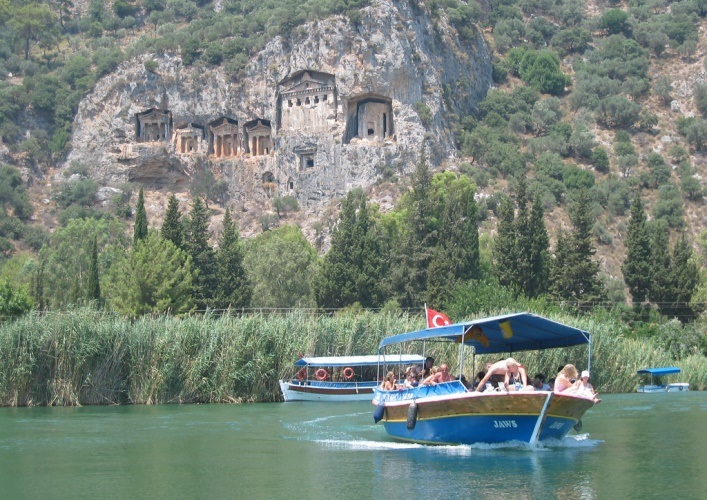 Almost the only type of transport that can be reached Kaunos is the bus, which leaves every morning from the central bus station of Istanbul. And, having traveled on it only 80 kilometers to Ortagi (Ortaga), the remaining 12 kilometers to Dalyan will have to go by local route taxi for only 3.5 lira per person. Well, if the purpose of our trip is still Kaunos, then it is still 8 or 10 kilometers, only on foot or by taxi.