For many European travelers, the concept of «temple» as a rule is personified by a multi-domed, pompous structure, the external side of which clearly personifies its belonging to a particular religious denomination. Buddhist temple of Ki Gompa (Ki Gompa) differs significantly from this stereotype and there are prerequisites for this.

Proceeding from the generally accepted ideas about the functional belonging of a religious structure, the temples usually include structures intended for carrying out religious ceremonies associated with a certain canonical tradition. In turn, the monasteries are more intended for the residence of a religious community with the availability of dedicated premises, both for religious ceremonies and for the living of members of the community. At the same time to protect the monastery from encroachments from external enemies, they were architecturally performed in the form of a kind of fortress construction. 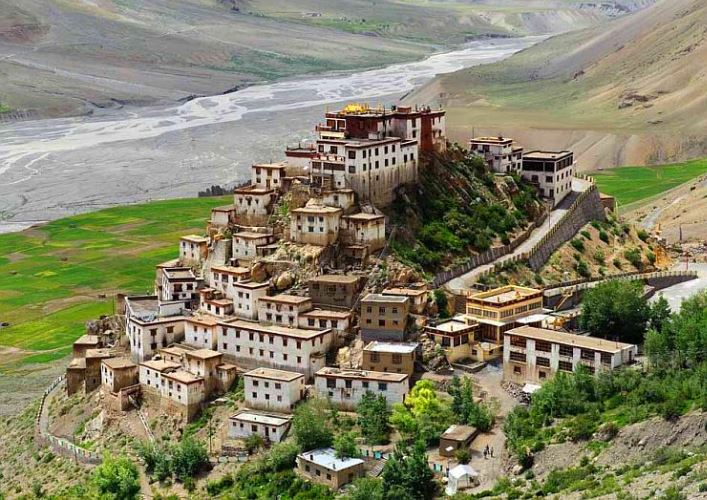 In this regard, the Buddhist temple of Ki Gompa (Ki Gompa) is more likely to fall under the category of a Buddhist monastery. After all, since its foundation, Ki Gompa was intended not only for conducting Buddhist rituals, but also as a kind of educational institution in which not only Buddhist monks lived, but also a small number of novices who were preparing to become lamas.

In addition, all the centuries-old history of Ki Gompa, filled with pages of constant encroachments on this Buddhist shrine by numerous conquerors, has led to the fact that even purely architectural Ki Gompa is more of a rather impressive fortress that can withstand the onslaught Attacking. And being located on a small hill Ki Gompa (Ki Gompa), its centuries-old history has become not only a symbol of the Buddhist culture of high-mountain Tibet, but also justly referred to a category such as the sights of Asia in India. 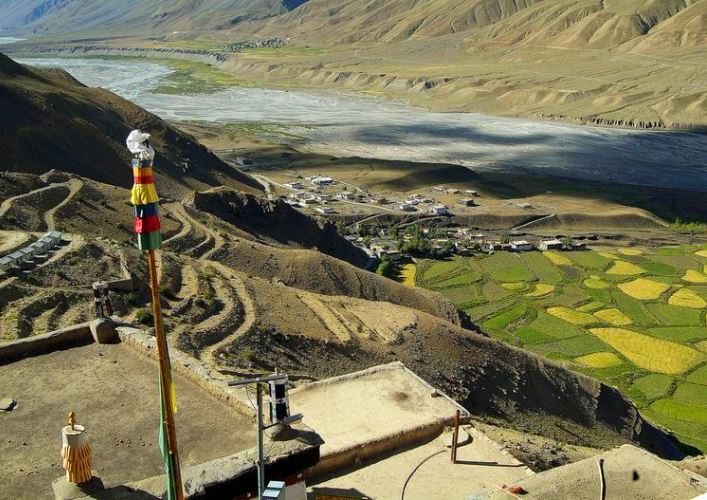 The monastery of Ki Gompa (Ki Gompa) and its modernity

Despite the fact that it is already twenty-first century in the courtyard, Ki Gompa lives practically in that everyday way that developed by the middle of the 17th century, when the monastery finally received the status of a higher educational institution, where the lama was trained for almost all Tibetan Region. And one of the significant differences in the way of life of modern monks and students of Ki Gompa is that a journey through Asia in India to this highland region can be made on a public bus, and monks and students in their free time and service to the Buddha devote time to the game In volleyball and watching TV.