If you have not yet visited China, we advise you to hurry up, because not so long ago, in the province of Heibei appeared a replica of the Great Sphinx. And, not only that it is a copy, so it is also the same size as the real thing. So imagine that you may miss the chance to see such a miracle. 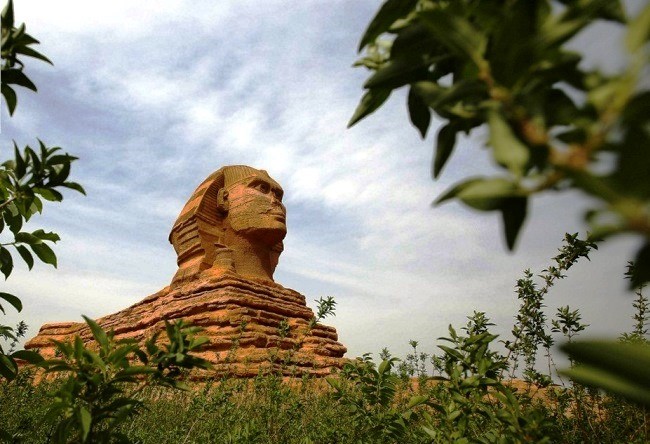 What’s interesting is that the sculptors who produced the copy, the sphinx’s nose was broken in the same way as on the original, so much so that it is difficult to distinguish. Perhaps one difference, which is in this sculpture is that the material has not been used limestone and concrete. You just imagine, if so just compare how much time it took to build the original and the copy. Incidentally copy of the Sphinx was built in just two months. 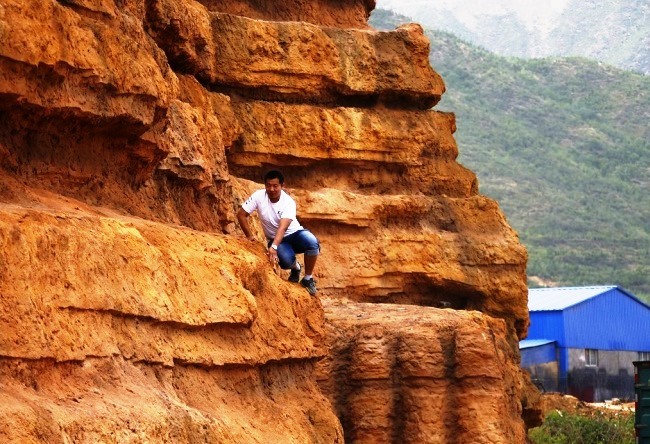 In the future, Chinese Sphinx to become the main attraction of the theme park, which is divided into a local studio. So you need to hurry, as the opening is not far off, we know exactly what is going to happen in October. In addition, this statue was built specially commissioned by the same studio that will shoot costume drama. 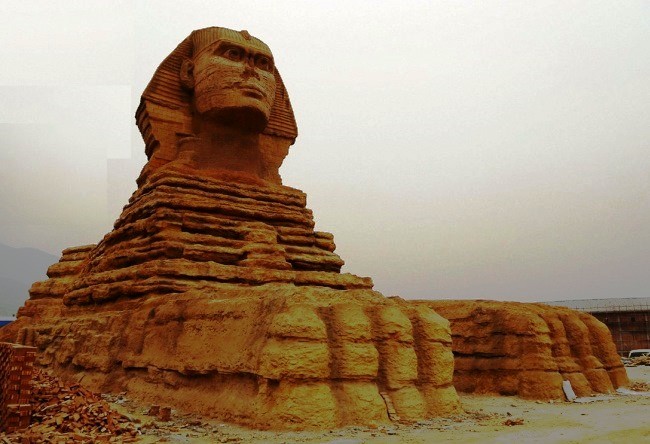 The length of the Sphinx is 60 meters and height of 20 meters. It is almost the same statue, which is currently located in the Egyptian city of Giza. It is because of this statue and attracts not only locals, but also tourists from different corners of the earth. Look at the statue can be anyone, and not only see but also touch, as they say. 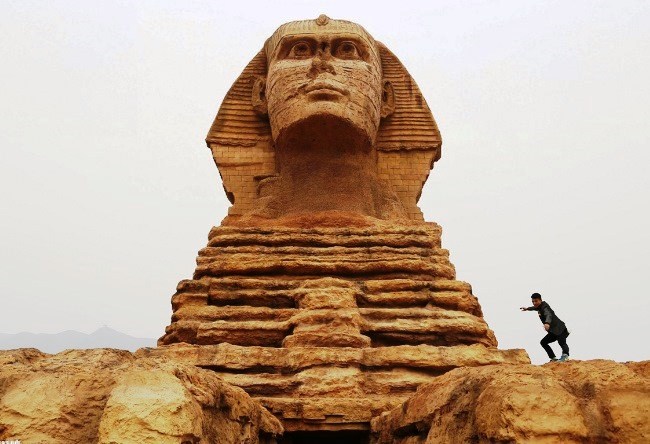 If you want to see the statue only in photographs, it is very easy to do, since these photos on the Internet appeared very much. But still it is best to see it with my own eyes than on the photo. Not every day you build these statues, the Bole in China. What better story that begins to be renewed, not only in China but also in other countries.