Many domestic familiar with the situation when the apartment has a small size, for example, slightly more than 30 m2. It was such an apartment inherited was a talented architect from China, Gary Chang. For many years he was constantly upgrading its small apartment and achieved amazing results. 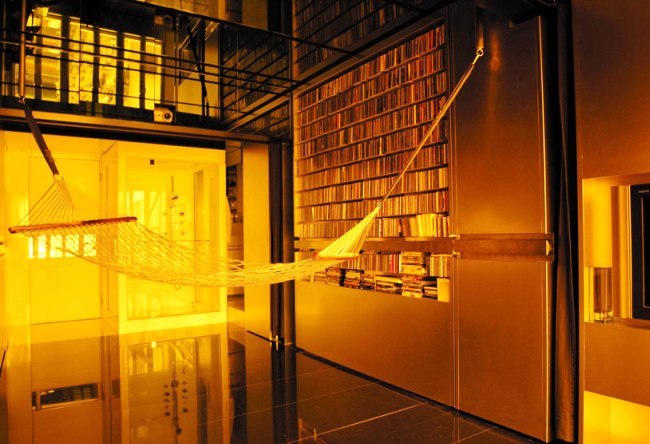 Completely broke all interior walls, Gary Chang made from studio apartments. After that, placed folding furniture and movable walls so that the outcome of his experiment was the 24 rooms in one. 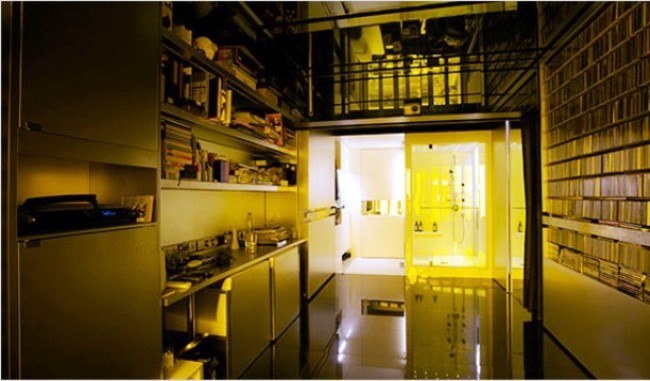 In his apartment, Gary moved to 14 years and then he could only dream of your own room, because apart from his apartment lived another 6 people. One room has got his parents lived in another three of his sisters, and he had to live in the tiny living room no larger than a conventional corridor and the dream of equipping their separate property. 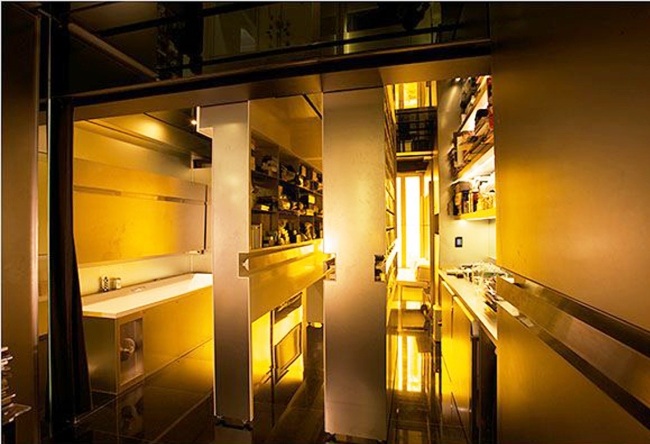 Due to experience the complexities of life in a very densely populated Hong Kong Gary Chang went to university to study architecture. Thus was born from the necessity concept. Himself Gary Chang pointed out that it is imperative to find ways to live separately in a tiny room, because people feel as if trapped. After graduation at the end of the 80s, parents, Gary moved to another apartment, and he let Gary decided to stay in a small but completely personal space ready for his experiments. 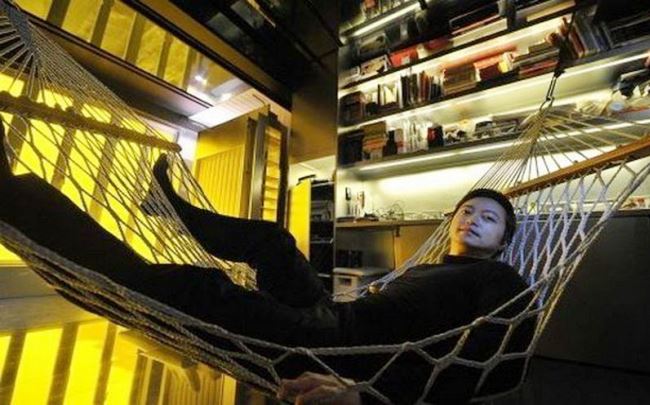 Since then, the apartment has undergone a complete redesign of four times, and the total cost for this exceeded one million dollars. Of course, this money could buy another, more comfortable accommodations, but Gary put all the power is in the optimization and transformation of his apartment. As a result, in the 32 m2 apartment was umeschayas more than 20 rooms, such as a laundry room, kitchen, dressing room, library, living room with a hammock and other easily interchanged room. Gary This showed that in a rather small apartment can be spacious and comfortable.