Giza – an ancient city in Egypt. To be precise, the Giza is located on the left bank of the Nile in Upper Egypt. Giza is also a railway station in the south-west of Cairo, on the railway from Cairo to Aswan. Just Giza – the third largest city in Egypt. the city has a population of 3,088,000 inhabitants. In ancient times, in the days of the pharaohs, Giza was huge, ancient cemetery north of Memphis. 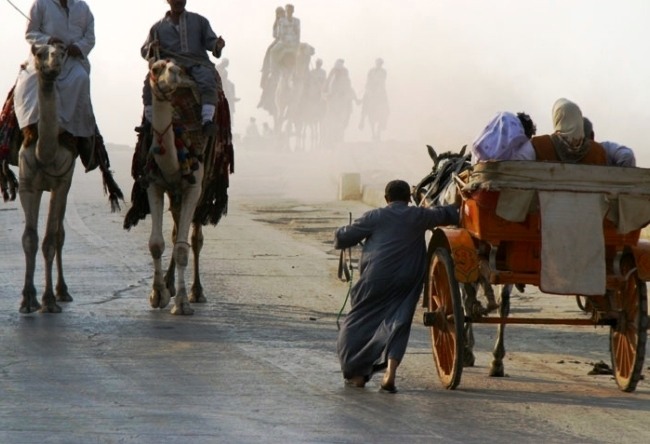 The first time the famous Giza about during the reign of Dynasty IV, during the beginning of construction of the great pyramids. Here are the ancient tombs of the pharaohs of the previous three dynasties. In the Libyan desert, perfectly preserved complex of pyramids of Khufu, Khafre and Menkaure. 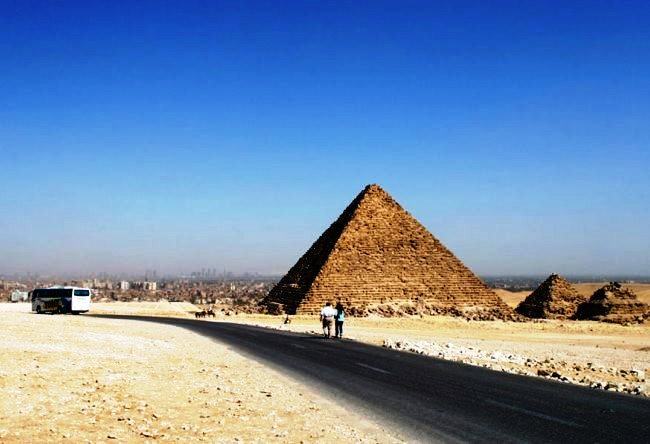 This pyramid complex was built at the beginning of the III millennium BC. And it is considered up to now one of the seven wonders of the world velichyshih. Close to the famous pyramids of the solar boat museum and the Great Sphinx of stone. And in the halls of the former palace of the King of today’s famous Egyptian Museum of Antiquities. 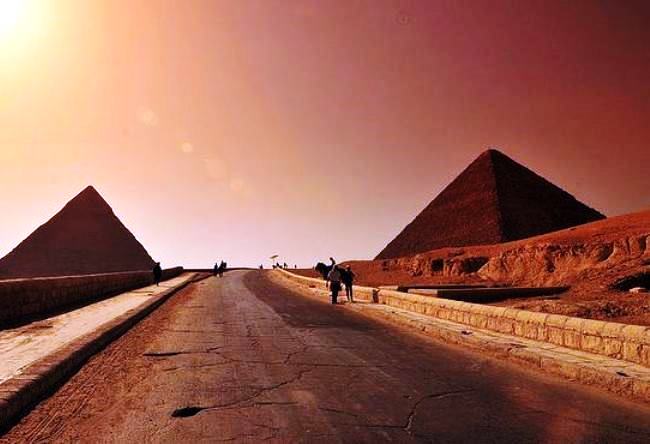 Today is part of Giza in Cairo, or rather its western part. In Giza are all the embassies and the famous Cairo University. But celebrity brought her not only the pyramid of Cheops, and the oldest road in the world. It was formed during the construction of the Great Pyramids, is on it from the quarries was transported blocks of stone needed for the construction. I end street on the banks of the Nile. 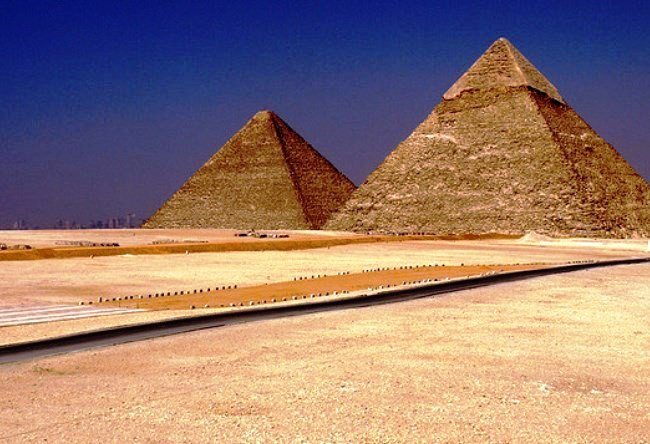 This street just 12 km, and a maximum width of 2 meters. However, the age of this ancient road of more than 4 500 years. Traveling to Egypt in the car, you are sure to drive through this road on the way to Cairo. But the popularity it has received only when it learned of the representatives of the Guinness Book. Street received record-holder status, and it quickly made a list of local attractions.