The generally accepted view that the merging of the Atlantic and Indian oceans occurs at Cape Point. But in fact, fusion point is at 20m meridian east at Cape Agulhas, Cape Agulhas aka. This place is the most southern point of Africa. The exact boundary at which the fusion is marked on the Cape a large stone obelisk. And it is in that place is notorious cemetery of dead ships. According to general estimates, here lie the souls of thousands of sailors. 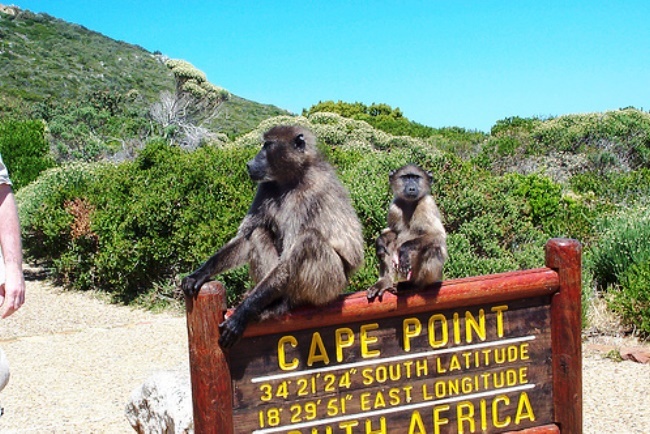 As in the Cape Point lighthouse is located at Cape Agulhas. As in ancient times, and now the lighthouse helps to pass the danger of the needle broke. Another name for this port Agulhas places, and it is the most southern point of Africa. Located it is to the south-east of the Cape of Good Hope, 150 km noticeable. Cape Agulhas – is the end of the spit, starting in Cape ground. 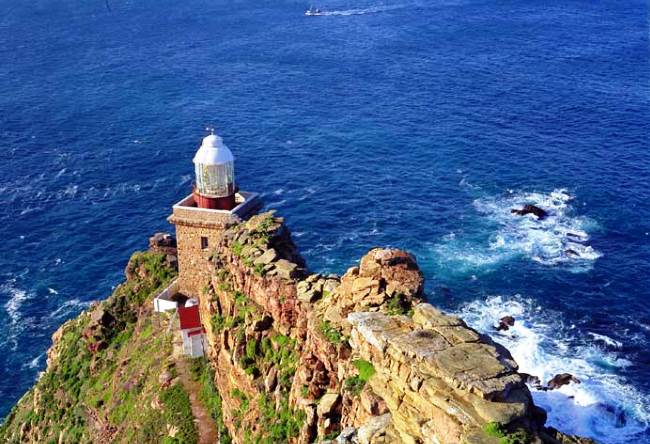 From the Cape of Good Hope and then passing the Gulf Algoabayya stretches sandy shoal, a length of about 840 km. This rather stranded submarine continuation coast, stretching south for 240 km. Gradually, this stranded narrows and takes a conical shape towering above the water at 112-130 meters, and then plunged into the water to a depth of 350-400 m. It is part of the submarine and is called Needle stranded incredibly dangerous for sailors because of the very rapid flow of one ocean to the other and a small depth. 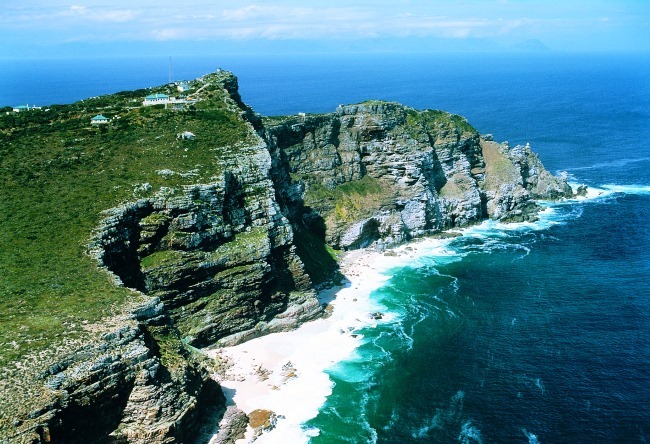 In the XV century, this area was called the Portuguese navigators L’Agulhas, due to the observed magnetic anomalies here. The oddity is that the magnetic declination is always changing. In the XIX century there was a magnetic deviation of 30 ° to the west. 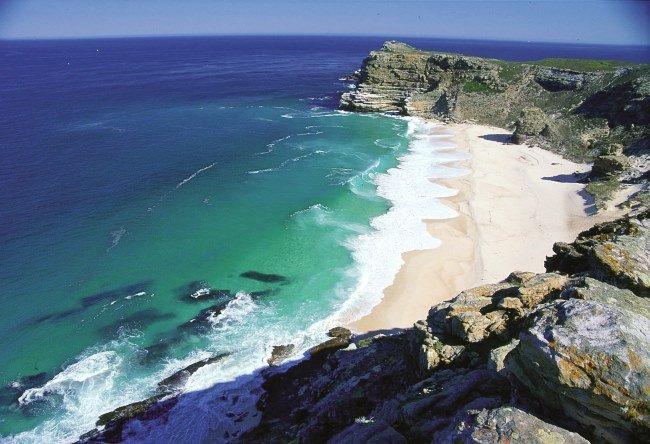 Now this stranded poses no risk and is just a local landmark, is actively visited by tourists. The ships here are still as old, which date from the XVI century, and quite modern, the end of the XIX century.