Structure Rishat – a geological object, which is located in the Sahara desert. The approximate diameter of the structure is fifty kilometers. Very long structure Rishat was a kind of landmark for astronauts, as it is a very well conspicuous object in the desert. 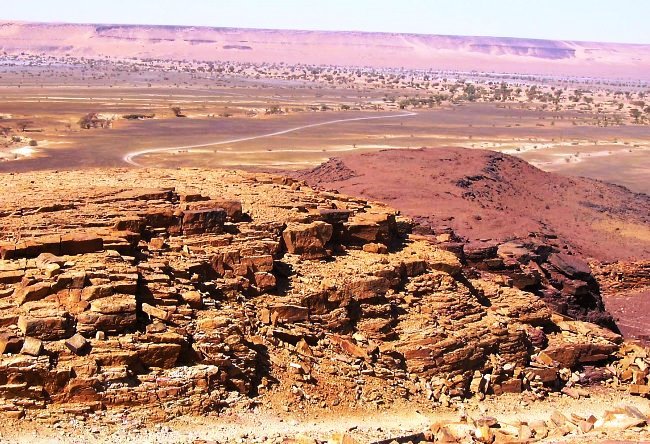 It is interesting to note that, despite the fact that the structure Rishat very ancient object, it was not known prior to the Space Age. It astronauts discovered huge eyes that seemed to look at them. Experts say that the ancient ring structure about 500-600 million years. 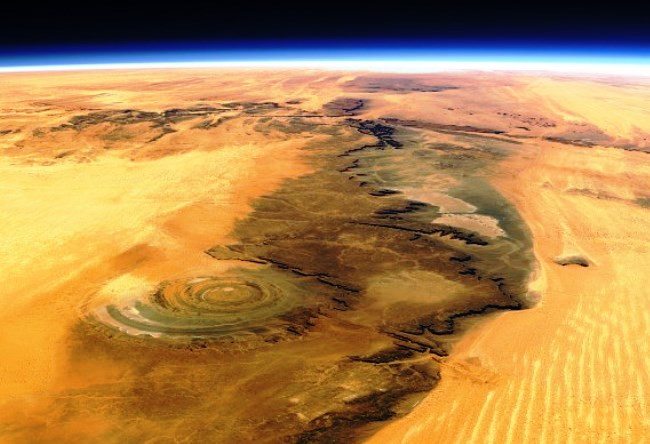 Previously it was assumed that the giant «Eye» is a huge crater, which was formed by a meteorite. However, this theory has not been confirmed, since it is not consistent with the lack of species from the traces and the impact with the flat shape of the bottom. Another hypothesis about the origin of the structure – volcanic. However, the formation of desert eye as a result of a volcanic eruption is considered highly unlikely, as there is no dome of igneous volcanic rock. 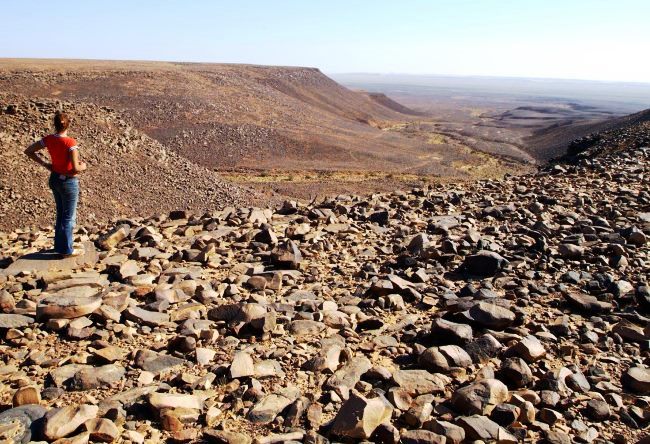 Scientists suggest that the sedimentary rocks are the result of the unique structure of the erosive effects. But in any case, this amazing spectacle attracts people’s attention and imagination continues to astound not only creative people but also environmental specialists, naturalists, and ordinary people. Rishat unique structure – another proof that our planet can still surprise us. 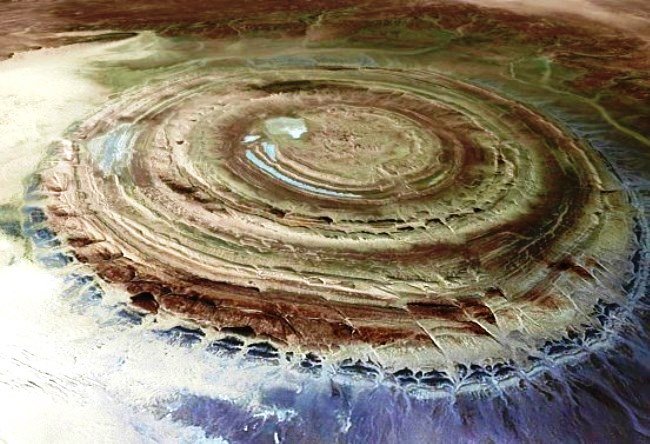 Gu Air Rishat considered inaccessible terrain, remote from civilization, but it is absolutely not true. Currently, many travel agencies offer tours to this amazing area. Especially popular are considered to be off-road safaris. It is noteworthy that in the middle of a huge «eyes» of the hotel is located.