African or donkey penguins are an amazing view of the penguins, who lives in southern Africa and the surrounding islands. On Robben Island and located Dessen largest colony of this species of penguins. But what about the admitted fact that penguins live only in low latitudes with cool water? Very simple. This part of Africa bordering the Benguela Current, carrying a cool and comfortable environment for their reproduction and habitat. 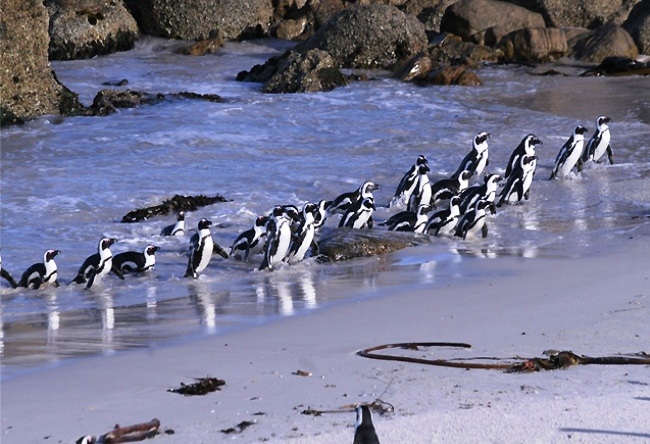 The strange name of penguins got sharp and very loud sounds they make, like donkeys. It is located next to the largest colony of almost unbearable, because the cry of thousands of birds are very scratch ears. The color of these birds is the same as that of the other members of this species, but there are also some individual features that distinguish them from others. 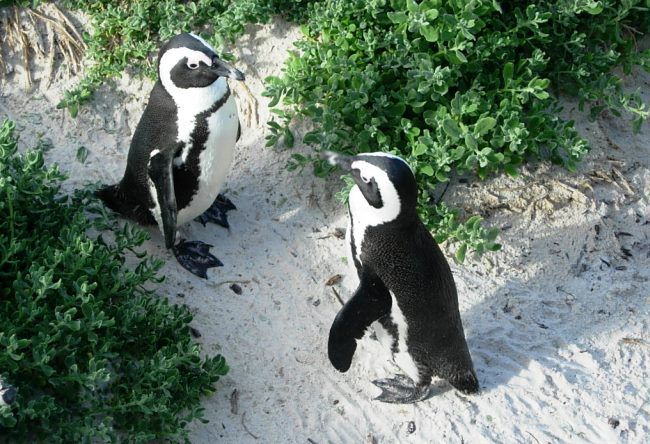 White breast penguins crossed black stripe going down along the sides of the body to the bottom. Also, on both sides of the head, above the eyes is a white stripe. This is not the highest form of penguins, their average height is 60-65 cm. They feed on birds, as well as all their relatives, small fish, shrimp, krill and shellfish, but try not to drift away from shore. 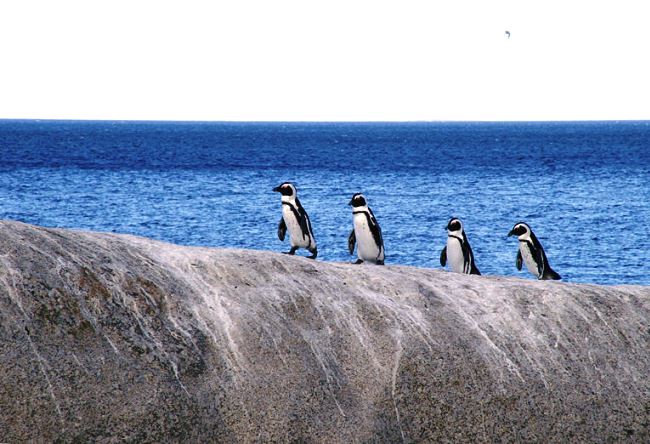 To form a nest penguins make small indentation, and to lay only one egg. The breeding season they last for practically the whole year, but the most active is the period from May to June. In XV-XVI centuries. these penguins lived in huge colonies, several million individuals. Now, in the largest colony numbers have barely reaches 60,000. 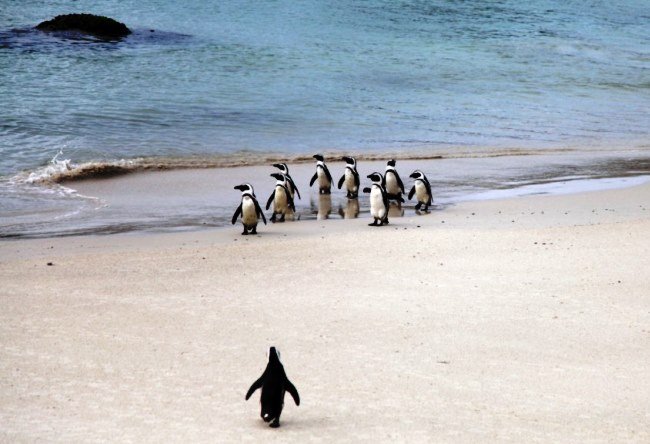 Busting nests for eggs and killing adult birds for fat and meat, made from skins of dead birds rugs, bedspreads and blankets – all this has led to a rapid reduction in the number of birds and entering them in the International Red Book. Today, African penguins there are not more than 140 000 individuals.