These stone sculptures, more than 7 tons by weight and 18 meters high each, are standing in the so-called necropolis of Thebes. It is located on the bank of the Nile river, on the opposite you may find the town Luxor. 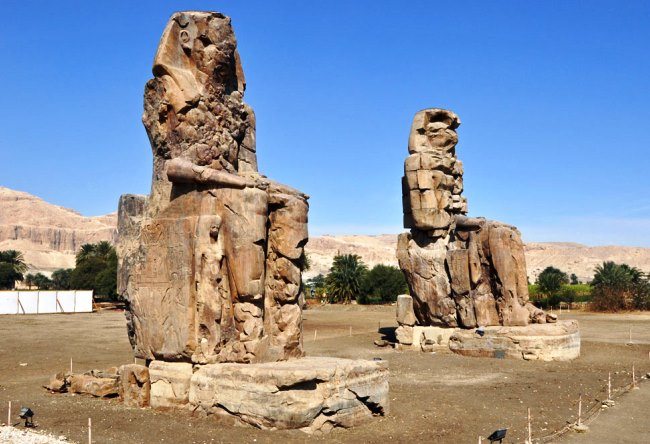 According to many tourist agents and tourists, the Colossi of Memnon are one more place of interest in Egypt that are worth seeing if you are in the land of wonderful Egyptian pyramids, full-flowing Nile and valley of the dead. 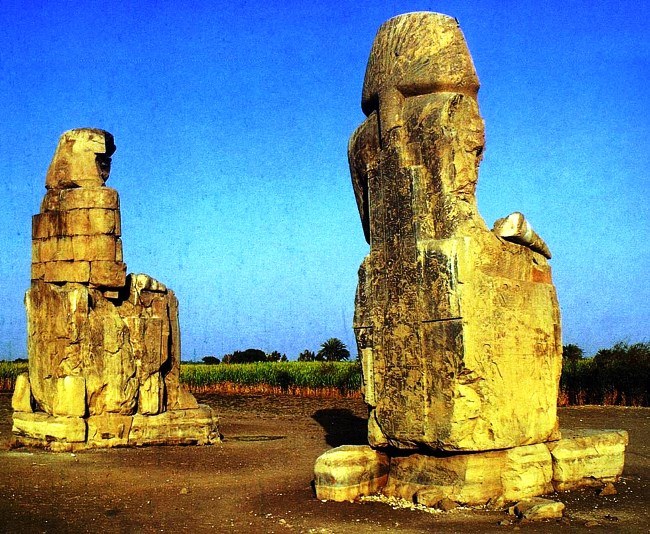 The two enormous statues represent nothing else than the image of pharaoh Amenhotep III who was in power in XIV century B.C. Apart from the pharaoh himself, the sculpture depicts two more people that are carved of the same material as the legs of the pharaoh. These are his wife Tia and his daughter Mutemyia. For the sake of completeness on the sides of the sculpture there are the images of god Hapi that was the pharaoh protector. 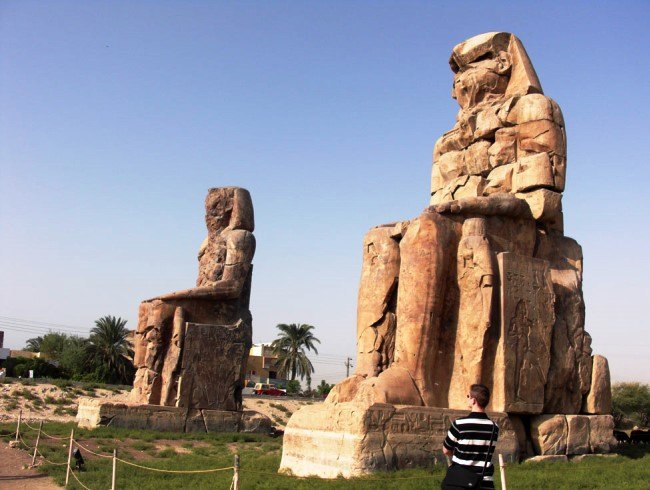 According to the overall architectural concept of this composition, these two colossi were meant to be the guards of the entrance to the Mortuary Temple of Amenhotep III that was built by the pharaoh himself during the course of his life. The peculiarity of this temple is that it was the largest one in the history of Egypt, occupying about 35 hectares. The temple looked even more mighty and impressive than the temples of Ramesseum Ramses II and Medinet-Abu Ramses III. 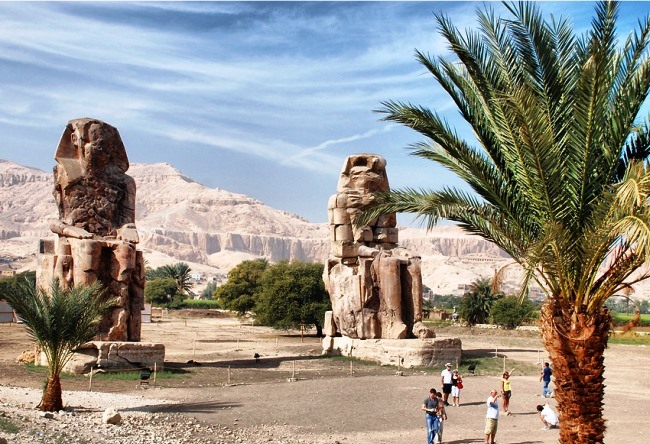 However, nowadays, the tourists, who arrive to Thebes, face quite pitiful sight: two dilapidated by erosion stone statues with the remains of former luxury and mightiness. In addition, today you may see only scattered parts and fragments of stone slabs around the place as the ruins of the grandiose Mortuary Temple.