«Quetzalcoatl Nest» is a non-traditional apartment complex, which is created by designer Javier Senosiain from Mexico. The complex is named after the Aztec deity responsible for the study and knowledge, and to appear before the person as a hybrid snake and birds. For Javier is not the first project of unusual architecture – not so long ago, he created a house in the form of shells Nautilius, which was also an interesting structure, but not in such a naked scale as «Nest». 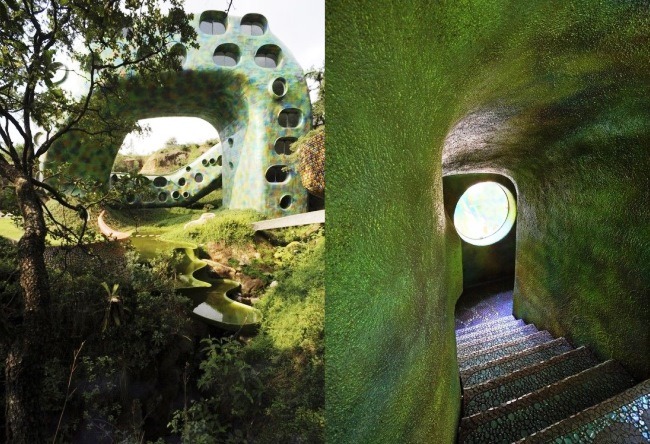 Ordered the construction of «Quetzalcoatl» private developer Mexico City. He had a desire to create a park a little different creature, and it was necessary to provide a fairly strict conditions under which can not harm any one tree, and every available horizontal surfaces should be used for parking. 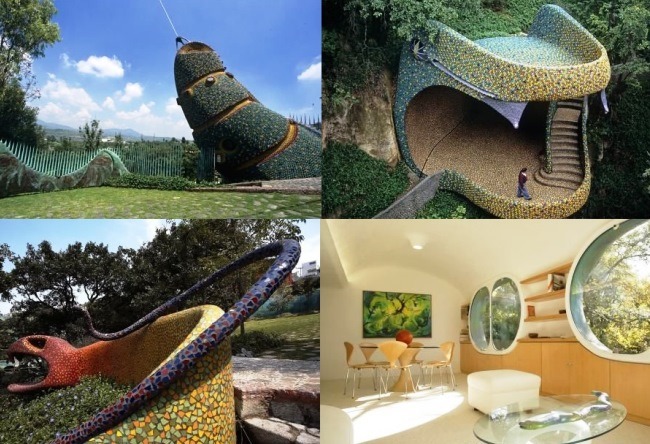 In addition, construction expected to lead to the rugged terrain with significant changes in altitude. Senosiain took to the attention of each requirement and drafted a «Snake», which is not only able to ideally fit into the surrounding area with vegetation, but also serves as a tourist attraction now in this area. 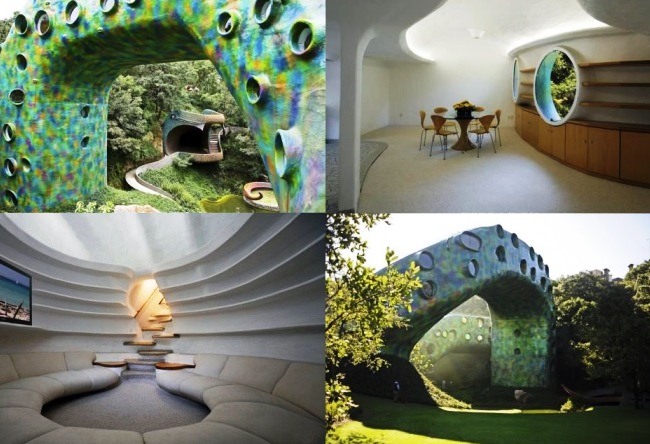 «The body of Quetzalcoatl» limited space inside the building, which is six and a half feet tall and eight and a half meters wide. Ten apartments with an area for one hundred and eighty meters, is located on two floors. The interiors are made pursuant to the style of modern times, which is not surprising – the house itself extremely trendiness. For any fixed a flat plot of land where the owners can develop talent Horticultural business or just spend time relaxing in a deck chair. 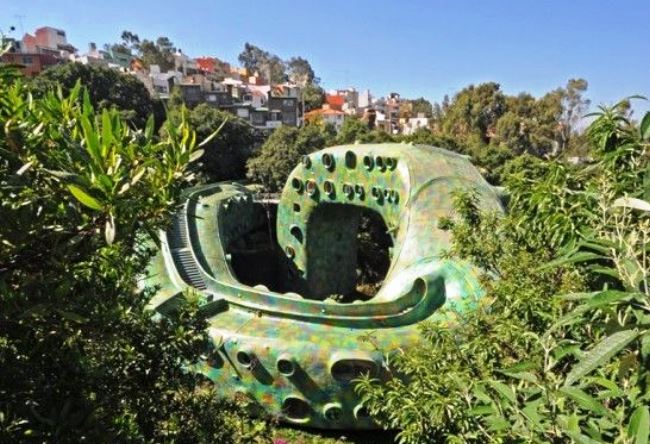 Not paying attention to what «Quetzalcoatl Nest» is more reminiscent of a bizarre architectural form, it can be used to reliably everyday purposes, by which is meant living people. Due to the fact that the nests are interesting shapes and original design features, those in possession of «snake» housing while attached to art and nature.