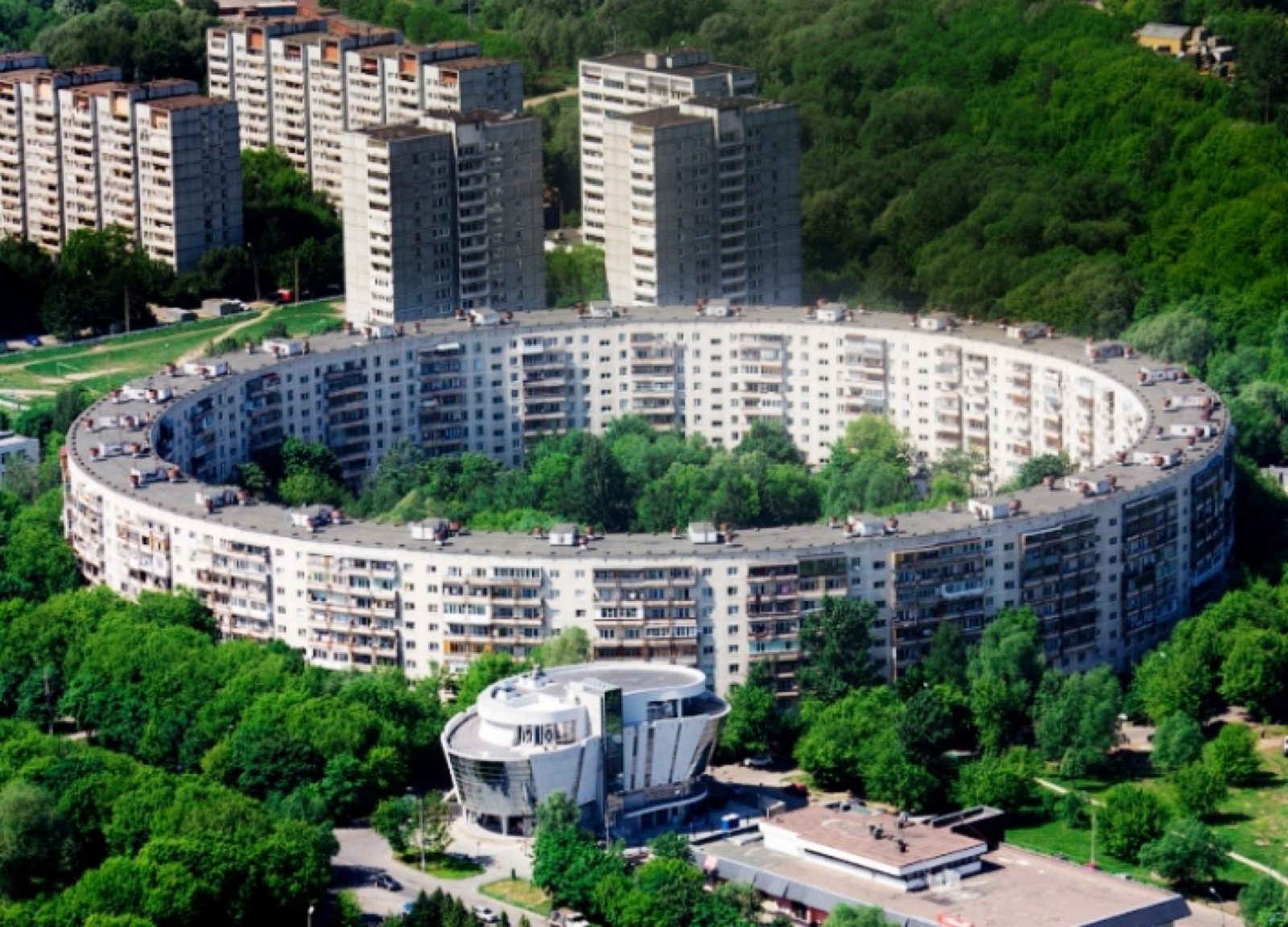 Even for a short time a person needs a house, such as a camping tent or trailers. But if a person chooses a permanent place of residence, then he needs a fortress. Some such buildings are real masterpieces and amaze with their forms. Architectural sights of Europe are becoming the visiting cards of cities and are recognized all over the world (for example, the dancing house in Prague or the Atomium in Brussels).

Sightseeing in Europe: a ring house 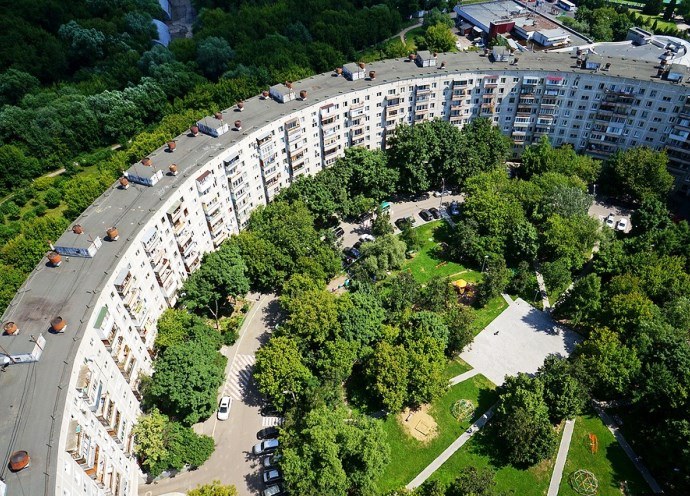 Moscow is famous for its rings, including houses in the form of large circles. On the eve of the famous Olympics-80 in the capital of the Soviet Union in 1972, an unusual house-ring was built. It was planned to create five such buildings (in terms of the number of Olympic rings) that would undoubtedly enter the modern sights of Europe, along with such objects as the Pirelli tower in Milan, the Buzludja memorial in Bulgaria and the high-rise Défense in Paris. However, the city authorities, after calculating the cost of building houses, stopped at the construction of only two buildings.

The first house is located on Nezhinskaya Street, 13 and consists of 26 entrances and 913 apartments. His second round brother is on Dovzhenko Street, 6 and is also 26-porch (apartments a bit larger – 936). The diameter of these rings is 155 meters. Apartments in houses were immediately handed over to ordinary residents of the city, standing in line for housing.

Life in Round Houses

In the 70’s, round buildings were comfortable enough for life. On the 1st floor of the house there were shops, a studio, a pharmacy, a laundry, a post office, that is, everything necessary. Playgrounds were located in the courtyard, and the phrase “to walk only in the yard” was not terrible for children, because there were plenty of places for walks. There were enough places for parking cars of local residents. 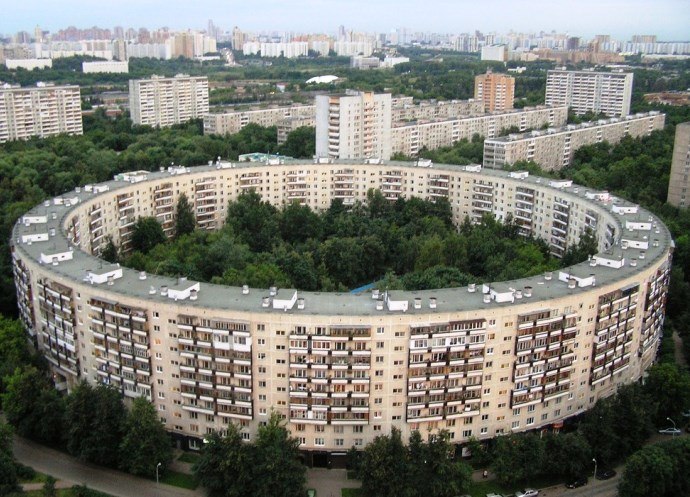 With the onset of the perestroika times, many of the services housed in the house were closed, the cost of maintaining the building increased. With the increase in the number of cars, a parking problem arose. Many residents noted that repairs to do in apartment houses-rings is problematic, because the walls are crooked.

To date, all problems with maintenance and repairs have long been resolved, and the local population is proud of its house, which is so unlike other architectural monuments of Europe. Of the inconvenience is only finding the right entrance, which is not so easy to do at once.

There are interesting facts about the fact that round houses made a small career in cinema. They can be seen in the films “Courier”, “Artist from Gribov” and “Tragedy in the style of rock”, as well as in the finale “Moscow does not believe in tears”. Famous people lived here: artists Galina Belyaeva and Saveliy Kramarov, as well as director Emil Loteanu.