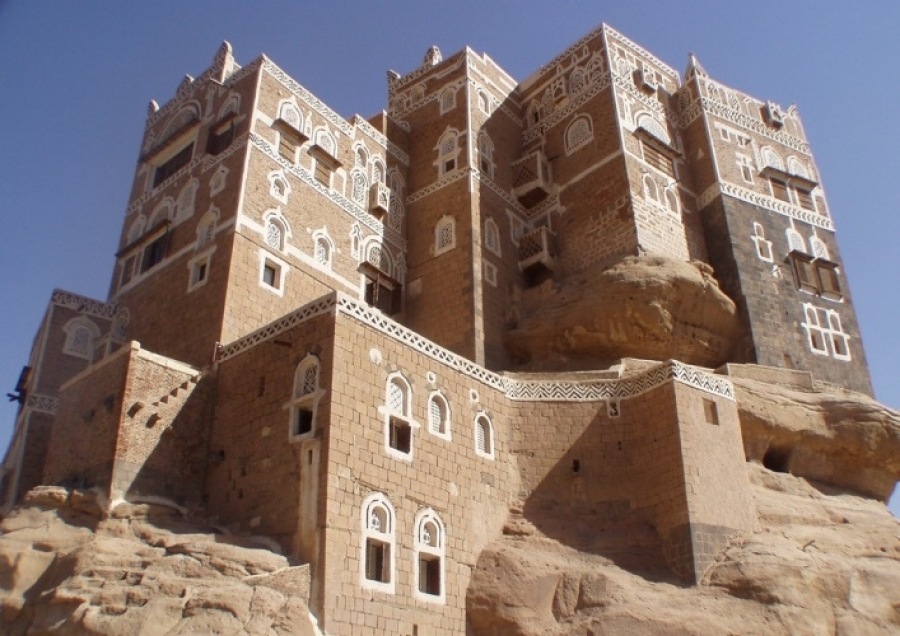 Among the many amazing places on the African continent are quite a few that are associated with Islamic culture. And although the palace of Dar al-Hajar, so far, it is not possible to attribute it to the artifacts of past centuries, it is really a unique structure located on this continent.

The palace of Dar al-Hajar, as the second symbol of Yemen 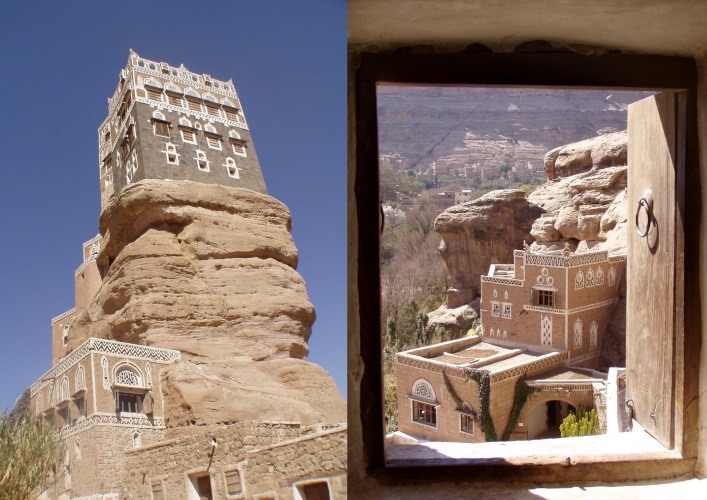 Those of us who come to Yemen for the first time almost at every step meet the image of the palace Dar al-Hajar, which for some reason is placed not only on postage stamps, greeting cards, but also on bottles of mineral water and naturally on T-shirts.

However, after on one of the excursions you personally see this rather peculiar construction, then, most likely, many elements of this PR campaign will become clear. After all, to arrange this or that construction on the top of the rock, we already met on the tourist maps of the world. However, such a harmonious combination of the shape of the rock created by nature and the outlines of the building created by man can be met quite rarely. And if you add to this the outer surroundings of the greenery of the Wadi oasis, then the picture is really unique, and the pride of the Yemenis for the palace Dar al-Hajar is quite understandable. 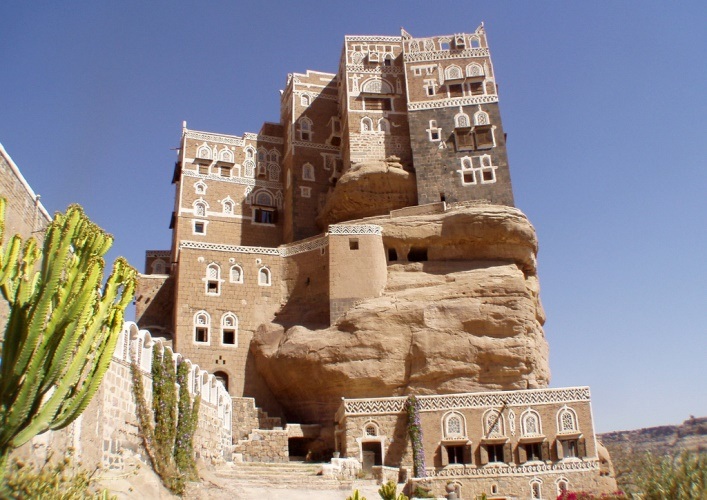 A bit of history and interesting facts

The second name of this palace and interesting facts related to Dar al-Hajjar are that in the thirties of the last century in Yemen, Imam Yahya Muhammad Hamiddin ruled, who, on the recommendation of his court architects, decided to place his summer residence in One of the most picturesque oasis of Yemen, the oasis of Wadi. And according to the idea of the same architects, the best place to accommodate it, than a lonely rock located almost in its center, simply was not found. So on the map of Yemen there was another significant geographical point as “Summer residence of Imam Yahya Muhammad Hamiddin” or more, easier as “Imam Palace”.

Although the Dar al-Hajjar Palace is very far from its “odnodok”, like the Paris Eiffel Tower and the Empire State Building located in New York, according to its design and technical features, the journey through its interior apartments and ancillary rooms seems pretty Interesting. After all, the original ventilation system and the water storage tanks cut in the rock are understandable to modern tourists who are accustomed to having air conditioning systems in a modern hotel and chilled drinks in his bar. And for those times it was just unique. 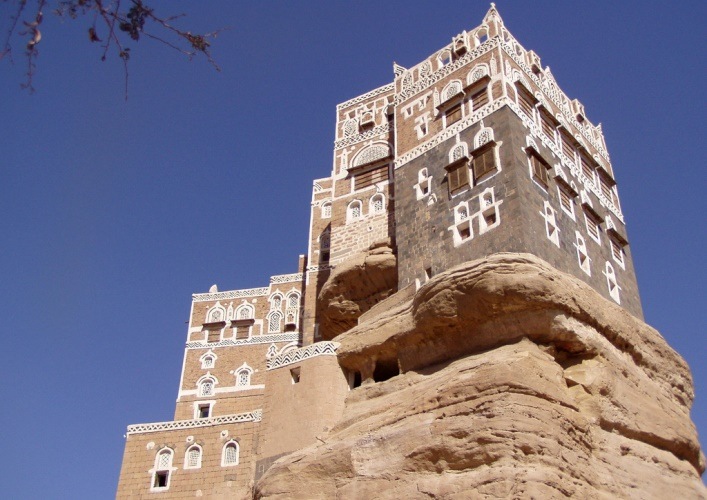 Since tourism in Yemen, along with the extraction of oil and natural gas is an integral part of the national income, it will not be difficult to get to the palace of Dar al-Hajar, because it is located just 15 kilometers from the capital of Yemen, Sana’a.