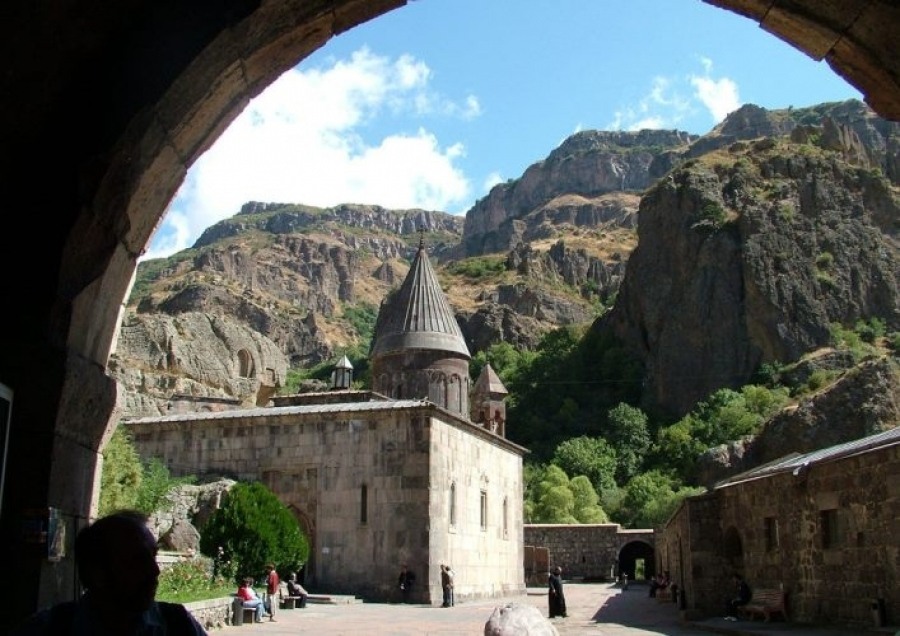 If you even came to Yerevan for the first time and want to get acquainted with such a landmark as the monastery complex Geghard, then it will be quite simple. After all, from the Central Bus Station, almost every hour, a Yerevan-Geghard shuttle bus is sent. 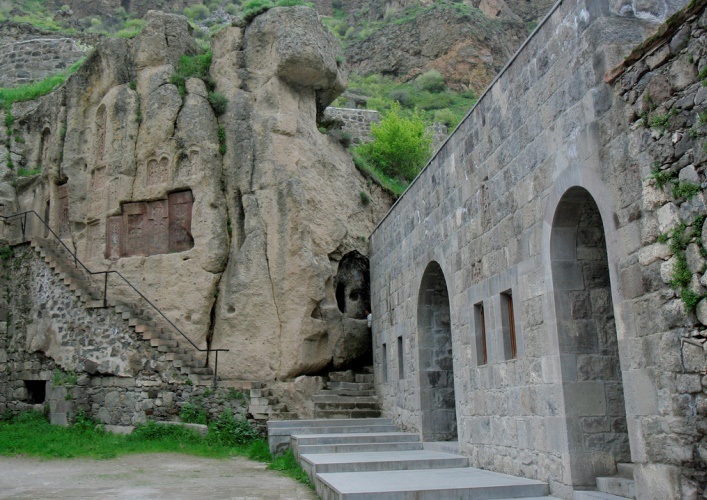 The rather significant popularity of the monastery complex Geghard among the many tourists visiting Armenia is mainly due to the fact that being the most ancient cult building of the early Christian era, and founded in the fourth century, the complex has most fully preserved its entire original appearance, Despite its repeated attempts Conquest. In addition, the monastery is a classic example of a combination of early Christian cave architecture, which was harmoniously complemented by earlier buildings of the monastery of the classical Armenian style.

Taking into account this circumstance, there are interesting facts in the same historical literature as the fact that the monastery complex of Geghard is often mentioned as Ayrivank (Armenian Այրիվանք), which means “Cave Monastery”, which is more in line with the The idea of creating a monastery, founded by its founder St. Gregory the Illuminator. However, this kind of historical concept does not amount to much contradiction with its modern name “Geghard”. 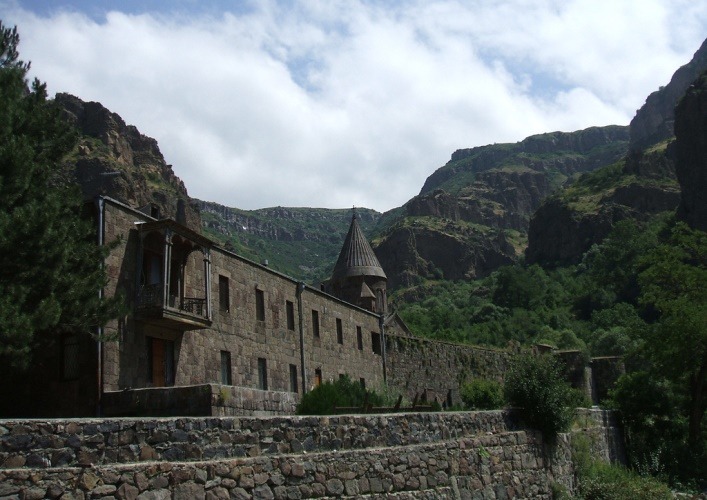 After all, Gegardavank literally – “The Spear Monastery” appeared somewhat later, at the beginning of the twelfth century, after the Apostle Thaddeus donated Longin’s spear to the monastery, which pierced the body of Jesus Christ during his crucifixion on the Cross. So, that the entire Christian world, considers this monastery, as another shrine, associated with the greatness of the feat of Jesus Christ.

And, despite the fact that the historical artifact stored in the museum at present in the Echmiadzin Museum causes some scientific and theological arguments about its truth and origin, for the same Europe and many of its Christian aspirations claim for the right of possession, such Christian relics Community. However, as time shows, Longin’s spear, given by the apostle Faddee monastery, repeatedly saved the Armenian nation from inevitable death. 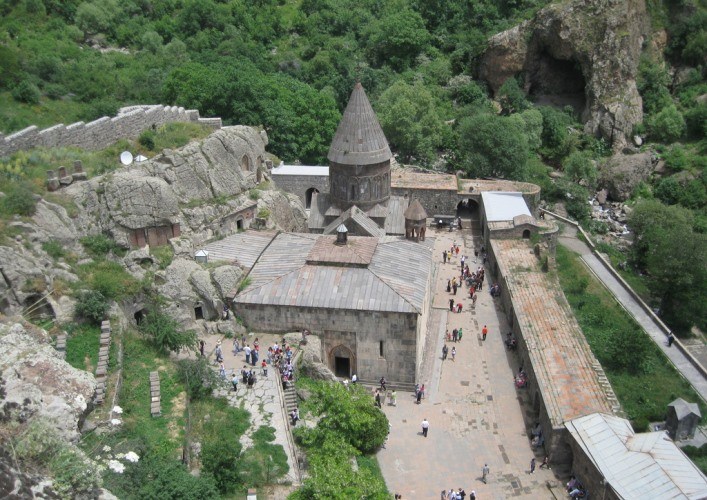 Taking into account the fact that the monastery complex Geghard is located only forty kilometers from Yerevan, and almost every hour from the central bus station there are regular taxis to Geghard, it’s no problem to get to the monastery at all.