The Cathedral of Kant in Kaliningrad 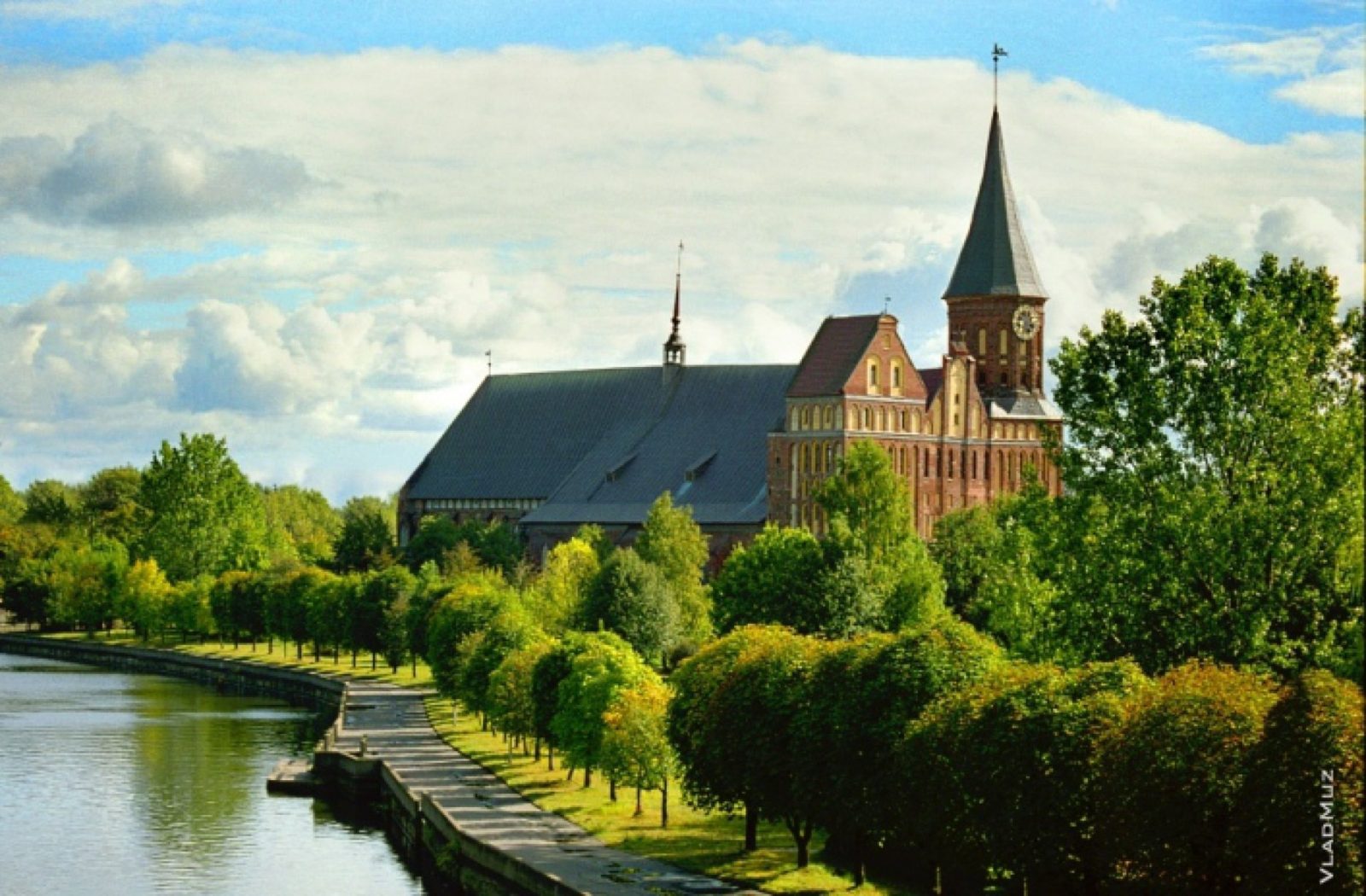 One of the main attractions of Kaliningrad can be called the Cathedral of Kant, or, otherwise, the Konigsberg Cathedral. The cultural object invariably attracts visitors, because it is here that the grave of the famous German philosopher Immanuel Kant, which was buried near the northeast corner of the building on 28.02.1804, is located. 1924 – two hundred years since the birth of the thinker – was marked by the erection of a portico on F.Lass’s project over the grave.

As for the cathedral itself, it certainly is of great interest. The day of its formation is 13.09 1333, and the founder is the bishop of Clare, and the original function of the structure was defensive. The process of erection began from the eastern wall on a colossal foundation. According to historical information, the Cathedral is dedicated to the body of the Savior and St. Albert.

It is worth noting that Kant is far from the only person buried here a famous person. Since ancient times the cathedral was the burial place of the most aristocratic representatives of the church, the nobility, and science. For example, Julius Repp – a prominent politician – also found here eternal peace.

The eternal beauty of the Cathedral

The cathedral in Kaliningrad is a building in the basilic style. Its unique tower part consists of two towers and a porch in between. The Cathedral is decorated with stunningly beautiful stained-glass windows, and the painting, made by Lucas Cranach, is a magnificent example of a painting of its time.

The majestic monumental cathedral experienced various periods, which, given the period of its existence, does not cause surprise. In 1833 he underwent major repairs. More than once the building suffered from a fire and was re-erected, in 1944, including. And after the war, the ruins of the monument of architecture were destroyed. All this would lead to the destruction of the object, and only the grave of the famous philosopher was saved by the Cathedral. Unfortunately, it was not possible to preserve the luxurious decoration of the church, and the tombstones and tombstones survived only partially. Already in the 80’s. ruins were mothballed, and in 1994, work began on the restoration of the Cathedral.

Let’s get acquainted with the beautiful

By the way, right in the building, on the fourth floor of the Cathedral in Kaliningrad, the Kant Museum is open, the visit of which is very inexpensive. In addition, since 1650 there was a Wallenrodt Library in the building, which contains a huge number of valuable manuscripts.

Despite all the vicissitudes, the Cathedral of Kant remains the most valuable monument of religious architecture. He certainly deserves a visit due to his beauty, history and the complexity of fate. To visit Kaliningrad and not pay tribute to the Council is an unforgivable mistake. Do not let it happen.

The article is prepared based on the materials of the site http://berestatravel.ru/