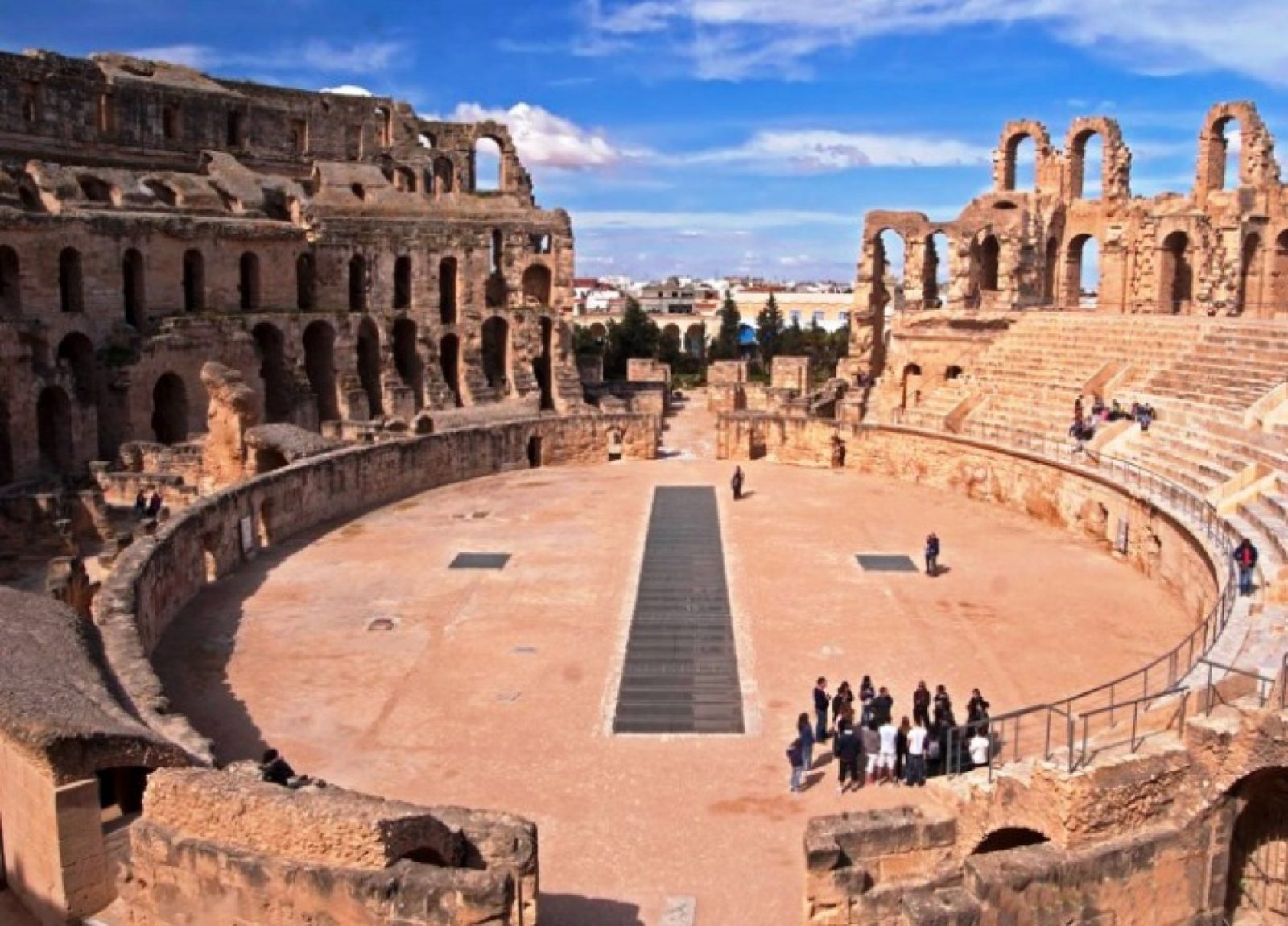 As a rule, when in a historical or fiction literature such a concept as the Roman Amphitheater is mentioned, many of us recall the history of the Roman Empire with its famous Eternal City and the Colosseum. 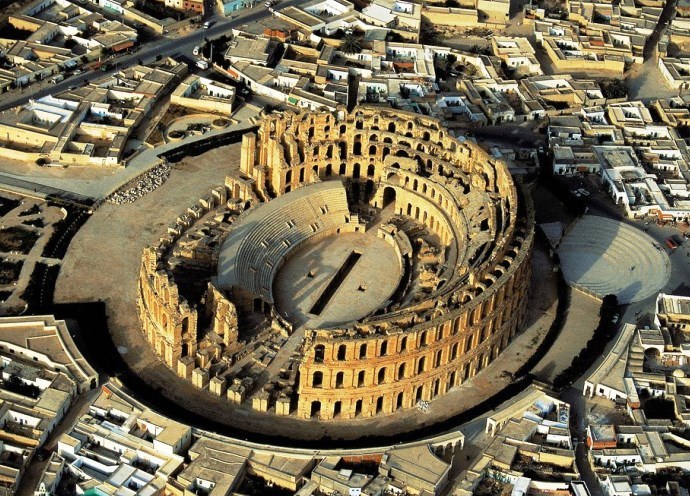 In our years, studying the history of the ancient world in accordance with the school curriculum, we forget a little that the Roman Empire in its years had its territories not only within the borders of the Iberian peninsula, but much further and broader, including some part of North Africa. So, that such a most remarkable object of that era, as the Roman amphitheater is found in the same Egypt, along with the ruins of the ancient Egyptian pyramids and temples. So, on the basis of this, such a historical category as the interesting places of Africa, has a number of historical objects worthy of attention when your journey passes through the northern countries of this continent.

The Colosseum of El Jem

The uniqueness of this ancient Roman structure lies in the fact that to date, other monuments of Africa, such as amphitheaters, are the worst preserved and, unlike the El-Djema amphitheater, are more modest. And the possibility of such a grandiose construction for the inhabitants of this city became possible due to its geographical location. After being on the Mediterranean coast of the African continent, and having quite comfortable bays, El Jema, by the first century of our era, has turned into one of the busiest commercial “crossroads”. Providing thereby, strong economic ties between the Arab countries and medieval Europe. 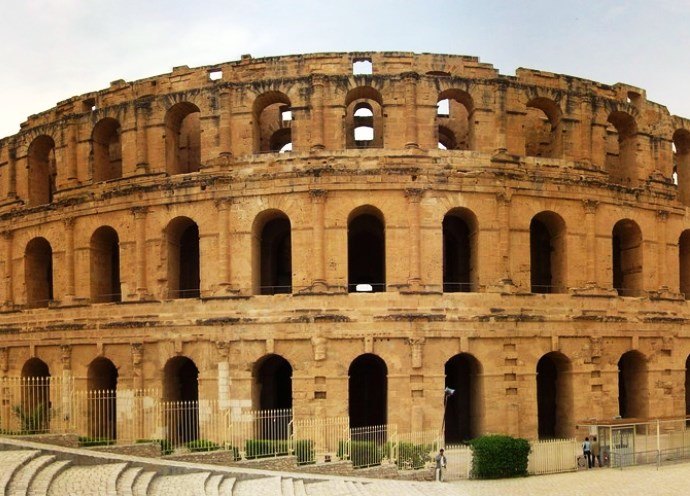 And thanks to this prosperity, the inhabitants of El Jem could afford the construction of such a structure as an amphitheater that housed more than thirty thousand spectators. At the same time, as noted in historical documents, most of the spectators made special visits to El Jem from the most remote corners of the adjacent territories, in order to enjoy the incredible spectacle of gladiatorial fights.

The Coliseum of El Jem today

To date, the preserved architecture of the Colosseum is beginning to amaze anyone who went on a trip to El Djem yet at the entrance to this city. After all, almost the whole city is built up with one or two storey buildings, and the Coliseum building of the height of the modern five-story building simply impresses each of the guests of El-Jem. In addition, it is worth noting that when examining the Colosseum it is worth to admire not only its interior decoration of the amphitheater, but also its cellars, which in their years the doomed gladiators and wild animals were waiting for their fate.

How to get to the Colosseum of El Jem

If you are already in the city, then to ask the local residents where the Colosseum is, there is practically no sense, because it can be seen from any part of the city. And it works almost every day from 8:00 to 17:30 with a ticket price of no more than 12 Tunisian dinars. However, for the presence of a camera or a video camera, it will be necessary to pay a little within one or one and a half dinars, depending on the manufacturer of this equipment.