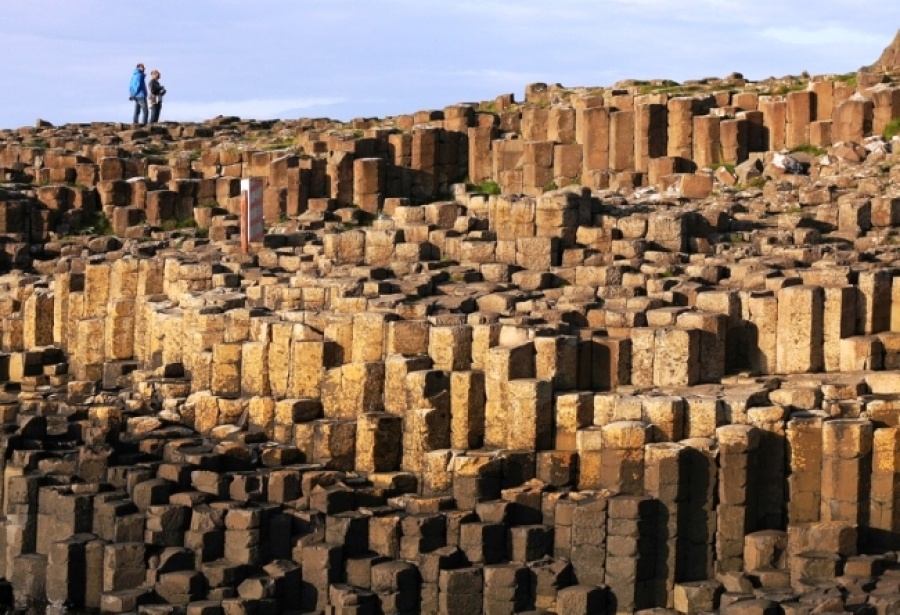 The road giants – this is one of the most amazing places on earth, which is in the north of Ireland. Many have heard about this place. According to legend, in the Northern Kingdom of the Irish State he lived a man-giant Finn Mc Kamal. He was a strong, brave, courageous, brave soldier and a good family man.

Finn Mac Kamal believed to protect their land and their families it is his duty, therefore, went to fight with the one-eyed Gaul, at the sight of which even the most courageous and brave soldiers were shaking knees. But there was one obstacle that separated the opponents – it’s the Irish Sea. But brave Finn does not stop anything, and he is not to «soak your feet» drives into the seabed stone columns. Tired of such hard work, the giant lay down to rest.

The most interesting thing starts from this point. Gall saw an interesting design, built by Finn himself comes to him, to fight intent. Now imagine the situation: the husband sleeps calm myself, but this time the one-eyed monster breaks into the house. But Finn’s wife was not afraid, she went to the trick, and this saved the life of his family. It was her little son, and her husband will soon come home Pointing to her sleeping husband, she said.

Finn’s wife, to appear friendly, and that he did not suspect a trick, was his treat cakes, here too, is not so simple. In cakes, resourceful hostess, baked iron pan, Gall broke all the teeth, when I woke up my husband, he was also offered a cake, but a simple, no «surprises».

Needless to say, in which terror was Gall. He just ran away, concluding, if to a baby, in what will prove to be his father. Fleeing, one-eyed man pulled down the road, so as not to meet with the family again. Here is an interesting legend, invented by an Irishman many decades ago, today passed down from generation to generation.