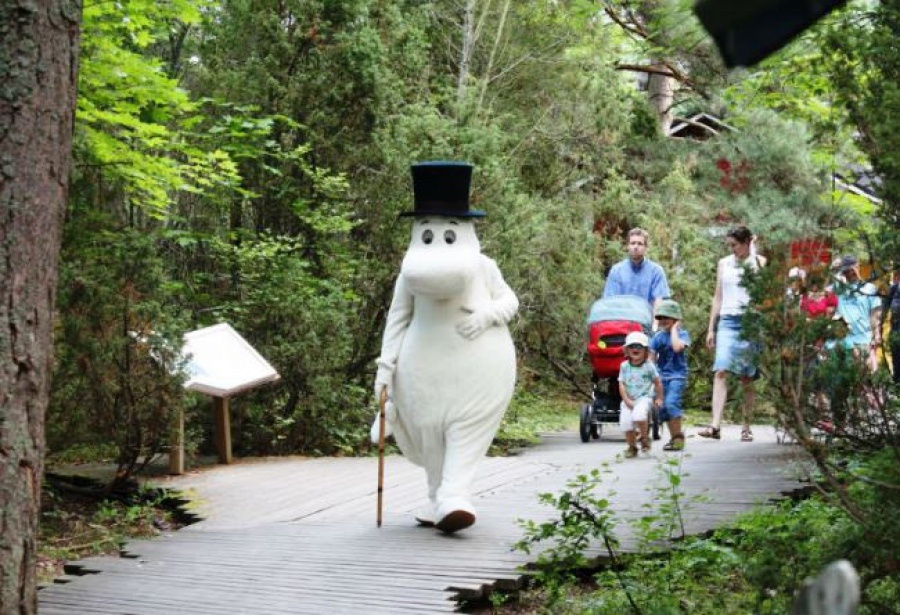 Finland tries every time to surprise us with something new and exotic. Here and this time, they were able to build a beautiful theme park called Land of Moomin Troll. Its opening took place in 2003. A dedicated park, does not a band, as you might think, and the most real heroes, who have been described in the tales of Tove Jansson.

Look at these fabulous characters – they are more like the big hippo who go walking down the street. But oddly enough, they are considered to be long-standing and relatives of those most trolls.

The most interesting thing that the park «Land of Moomin Troll» love to visit not only the children, for which he actually was built, but adults. For children, it’s just a fairy tale, which could once again become a reality. This can be called a kind of Disneyland in the Finnish way, but without such rides. There is a very large number of houses, inhabited by trolls, there are towers, bridges, ladders and even trees that can talk. In addition, the characters strolling through the park, they arrange for a variety of children’s shows.

In the middle of the park, is a special house in which he lives Moomin Troll dad and mom. Once in a park, you get enormous pleasure, especially since there is also a representation, but rather a fabulous setting, it is true only in two languages. But even without the translation, you can understand what is involved in one way or another skit.

To visit the park, but rather a separate Land of Moomin Troll, you need to know in advance all the moments. Since they work from the beginning to the end of summer and sometimes winter. Therefore, before you go to this kind of «country», check all the details. You will not only relax, but also to realize that the world is beautiful to you who did not speak. Pay attention not only to children, but also themselves, and such activities, confirm the fact, no need to limit yourself.