Burned land of island of Santorini 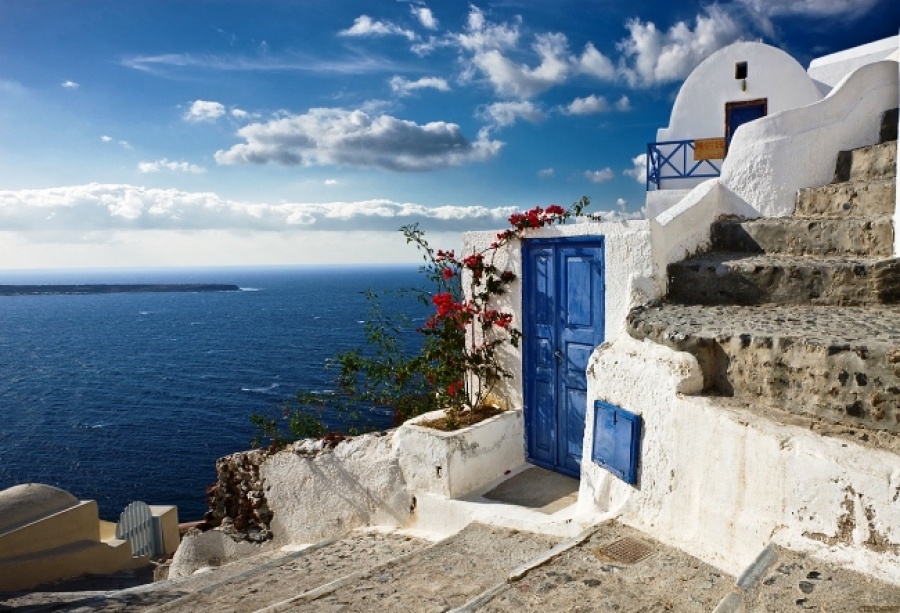 Today the island of Santorini has been ranked among the most beautiful places on earth. It is also called a round and beautiful, but in general, he has a lot of different names.

Once, in ancient times, it was a round shape in the middle of the most beautiful of the island is a mountain, which later turned out to be not more than a volcano. For hundreds of thousands of years before the volcano erupted lava on the island formed an archipelago. But, unfortunately, today, it is only the wreckage that remained from the once beautiful island. Since the 15th century BC, was the most violent eruption and that it has changed the shape of the island forever. Except for the shape of the island, the volcano and changed the history of the ancient world.

The power of the volcano was so strong that the volcano spewed lava is not just, but it exploded. After that, the central part of the island was razed to the ground. And in the place where he was blown up by a volcano, a huge hole was left, which was flooded with thousands of tons of water. Unfortunately, water has caused another loud explosion, which was more like an explosion of a hydrogen bomb. After that, the troubles did not end there, because of the explosion formed a wave height of 100 to 200 meters. The elements claimed the life of the whole of the Minoan civilization.

It was the most violent eruption, but unfortunately not the last. Approximately 1200 years the volcano has not been active, but in 197 BC, in the center of the crater was formed a new island, called Palea Kameni, which means “Old Burned.” And in the period right up to 1707, the volcano is not active, but then, within 5 years of volcanic activity began, was formed as a result of another island, called Nea Kameni, which is translated, “New Burnt”.

So far, the volcano reminds us that he is, and he’s alive. Because he always sees gas and steam. Now the island is a lot of lives of people, but you never know when a volcano decides to surprise us again.