A Journey into the World of Sculptures by Patrick Daugherty 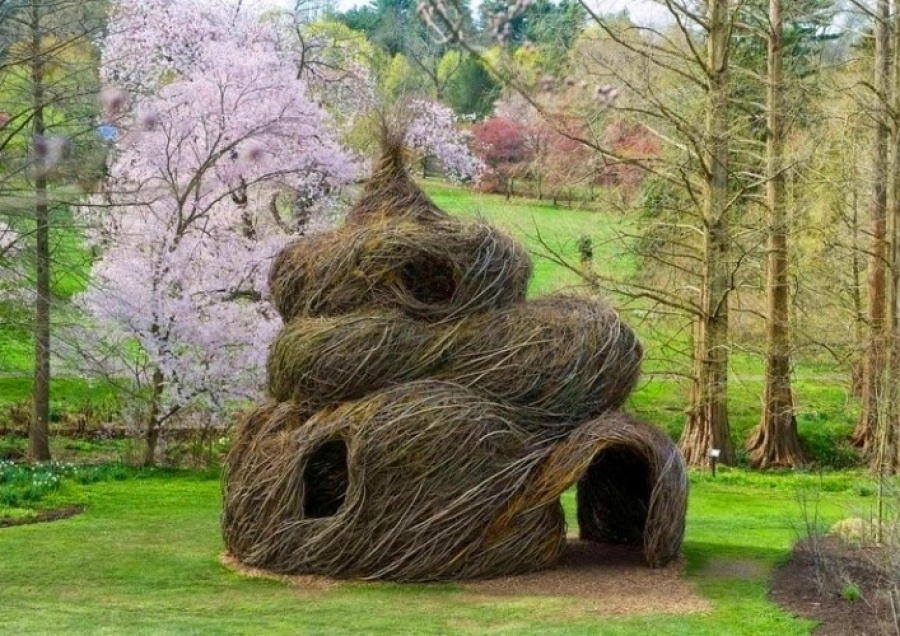 Many of us remember such a comparison that if, while making a trip around the Louvre, you should stop at least two or three seconds for each exhibited exhibit, then this kind of acquaintance can take several years. And although Patrick Daugherty’s works are not so authoritative, it can take no less time, because they are scattered all over the world. 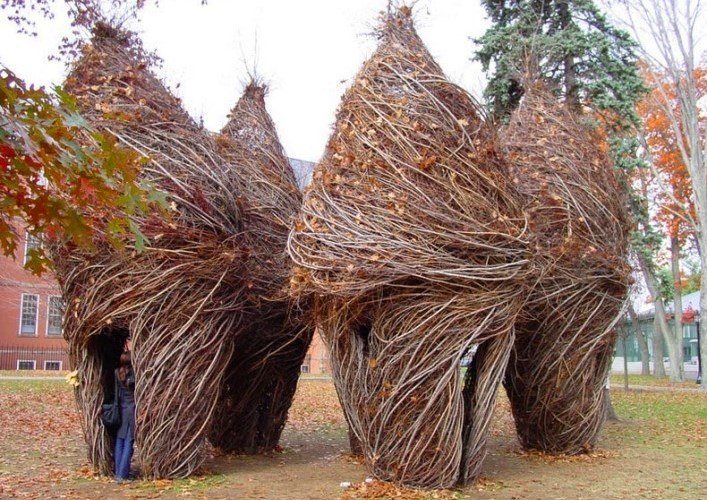 Patrick Daugherty and his journey to the world of bird nests

Those of us who are at least a little acquainted with creative work, most likely, know how much time the same artist or sculptor spends on finding his unique author’s style and manner of work. So it was with Patrick Doherty, whose journey through many historical places and art galleries prompted him to take as the basis of his work the most natural means, namely, the verwi of trees laid in the form of bird nests.

Perhaps, the most ingenious and perfect construction design, which only nature could come up with. And it’s not for nothing that the main Olympic arena of the Beijing Olympics was made in the form of a stylized bird’s nest. And although thousands of tons of metal structures were used to erect it, rather than tree branches, but the similarity of the very idea of Chinese architects and the work of Patrick Dogerpi is amazing. 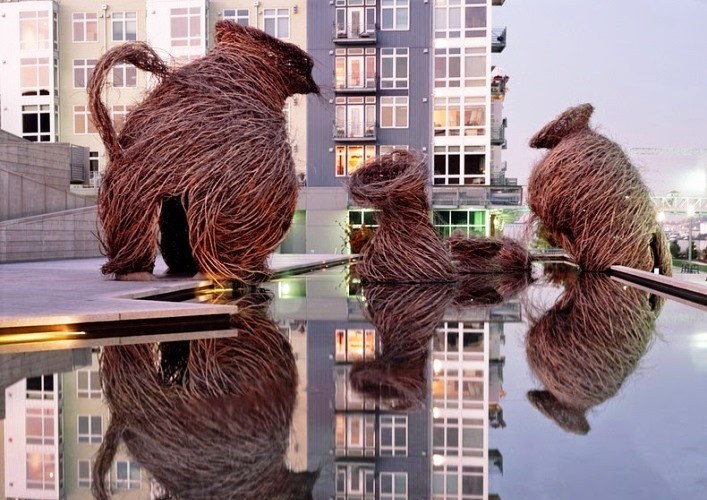 A bit about the author of “bird nests”

Patrick Dougherty was born in the United States of America in the small town of Oklahoma in 1945. And after completing primary school, he enters the local university in the specialty of English and literature. However, rather soon, the world of English seemed to him not the place in which he wanted to show himself as a creative person.

Back at the university, Patrick begins to study art history and sculpture. And here already at it creative searches of the way in the field of monumental art have begun. And once seeing the nest of a bird, harmoniously fit not only into the crown of the tree, but also resembling a person’s face, Patrick realized that it was his image of modern sculpture. 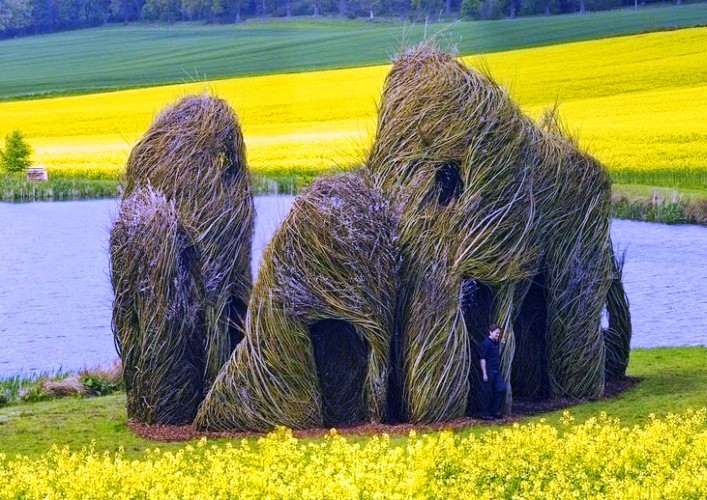 Starting his experiments with small installations over the past twenty years, Patrick Doherty created a fairly large collection of his works. And the most interesting facts from his work are that practically all of his works, and today more than two hundred of them, are scattered around the world, occupying the most honorable places in the gardens and parks of crowned individuals and the best dendroparks of the world.