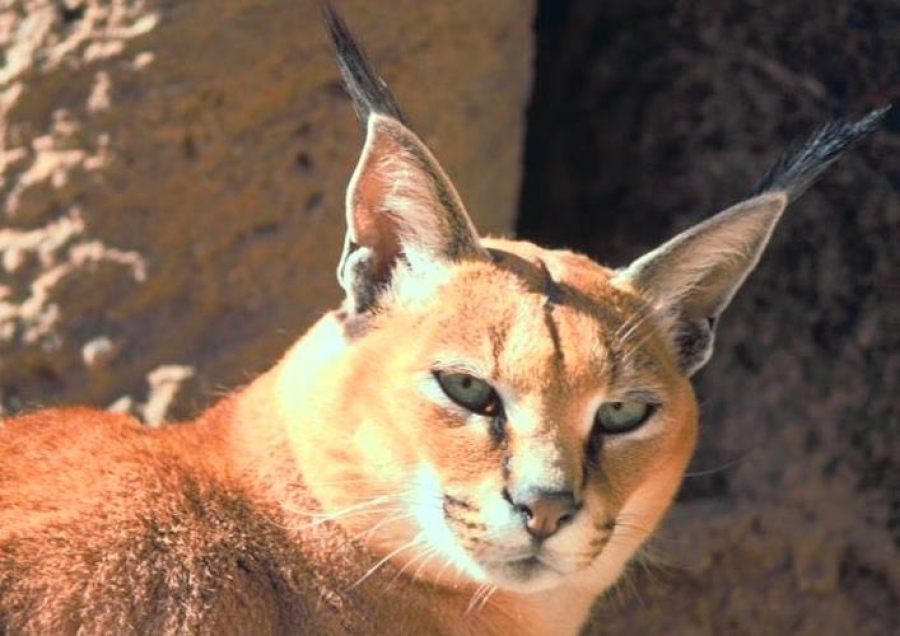 An amazingly beautiful animal, a predator of the cat family, a steppe lynx – Karakal. For a long time, the caracal was considered a kind of lynx, as there are some external similarities. But in connection with a certain set of genetic differences, this cat began to be treated as a completely separate species. 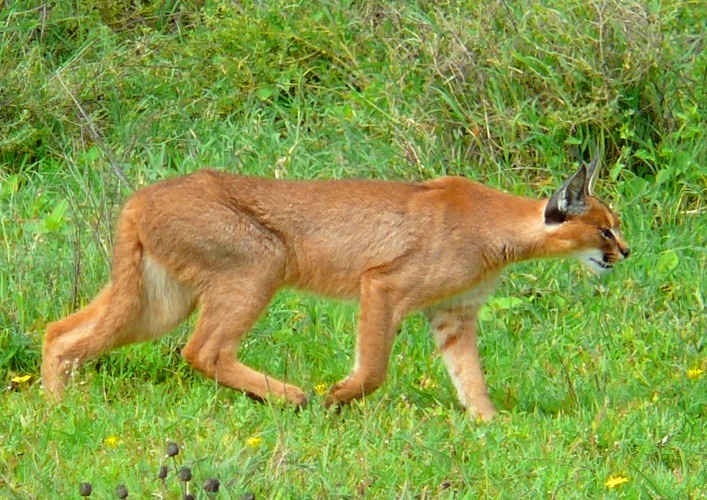 By its appearance, the caracal is very similar to the usual trot, the difference is that the trot is larger and has a spotted color, and caracal monophonic. The body length is on the average 65-82 cm, the tail is 25-30 cm. The height to the shoulders reaches 45 cm. The average caracal weighs in the region of 11-19 kg. An interesting feature of the animal are its tassels on the ears, which reach five centimeters. Special hard fur on the paws serves for quick and easy movement on the sand or any other surface.

The fur is short and dense, sandy or reddish brown in the upper body, and lighter below. The outer side of the ears is black with black brushes. In nature there are also rare representatives of the black color, the so-called caracal melanists. This animal has much in common not only with the trot, but also with the puma and the African serval. 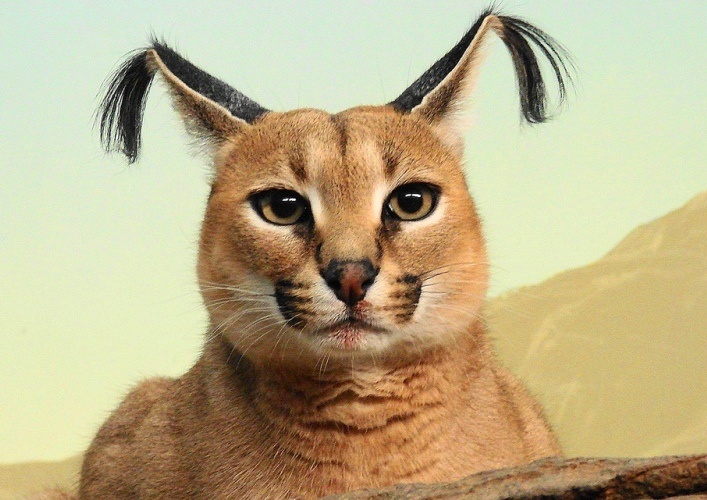 Features of the behavior and nutrition of the caracal in vivo

Caracal lives in deserted African savannahs, in the deserts of the Arabian Peninsula and parts of Asia. Hunting is mainly at night, and in winter and spring can be active also during the day. Suitable places for dwelling are rocky crevices and mink of other animals.

Interesting facts can be found when describing the process of hunting. Despite long enough limbs, the caracal has not been able to run for long, therefore during the persecution of a potential victim, he tries to reach it as quickly as possible, with huge buckles (4.5 m). Incredibly quick and quick, he can attack several targets at the same time, first of all, it concerns birds. Also the caracal eats small rodents, hares, small antelopes. From time to time the menu includes hedgehogs, porcupines, mongooses. Near the settlements can hunt goats and lambs, geese and chickens. 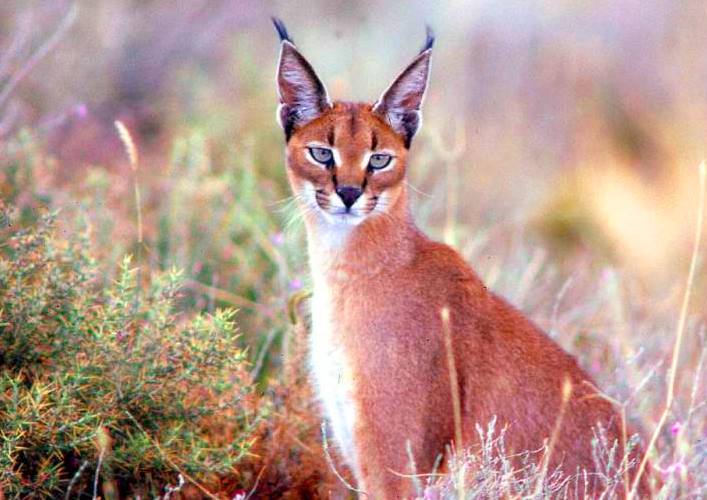 Adapted to the conditions of life in the desert, the steppe lynx can often be satisfied with the moisture from the extracted food. They are often compared with leopards and cheetahs. And if you make a virtual trip to ancient Asia, you can see a tamed caracal, which helps a person to hunt for local game.