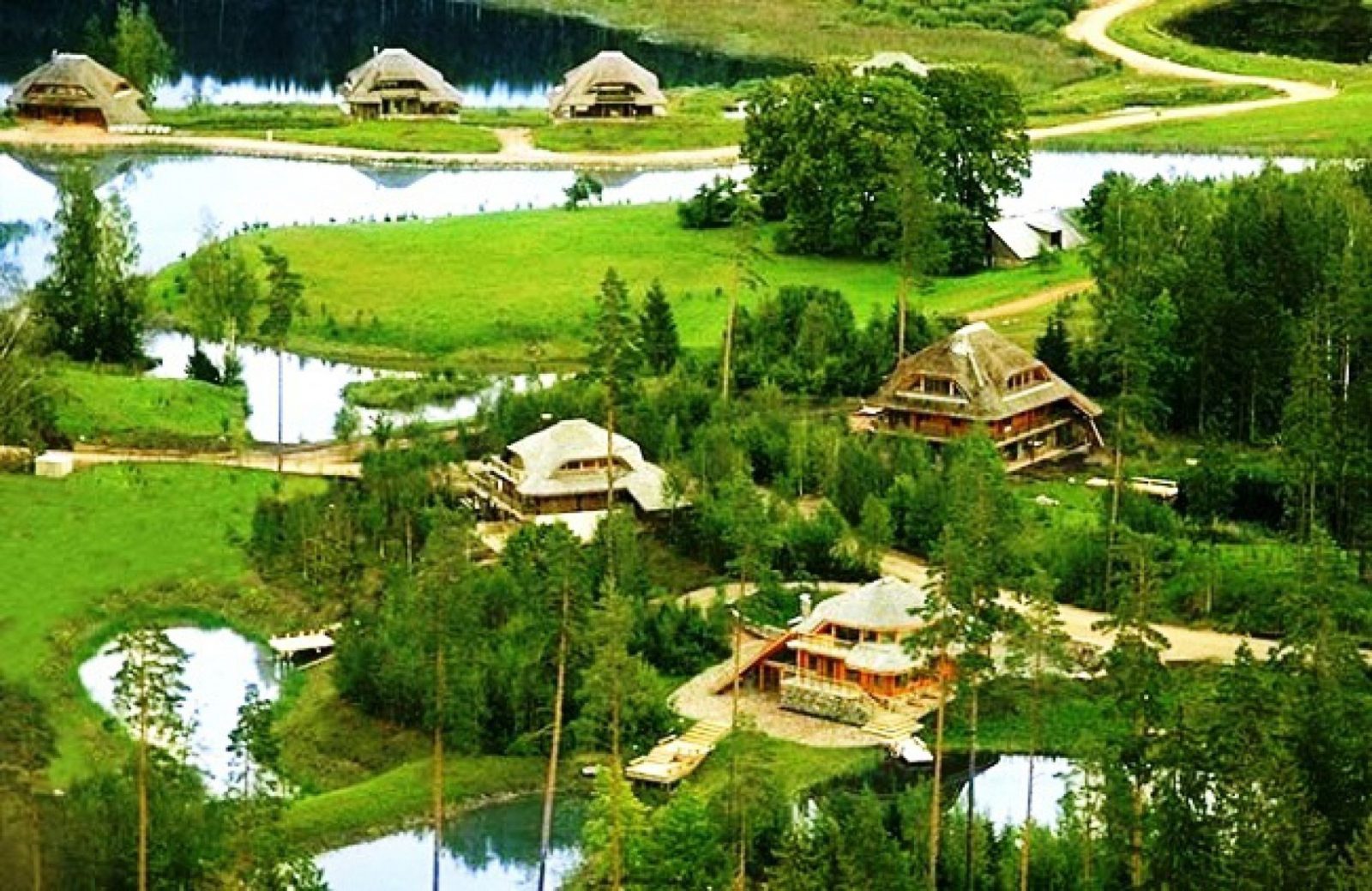 In the temperate climate of the Latvian forests in the vicinity of the city of Cesis, a remarkable idea was realized – the City of the Sun was built. The idea to build such a village, unusual at first glance, visited one of the now living millionaires, at the moment when he was looking for a place for his house. However, one is boring, he decided. 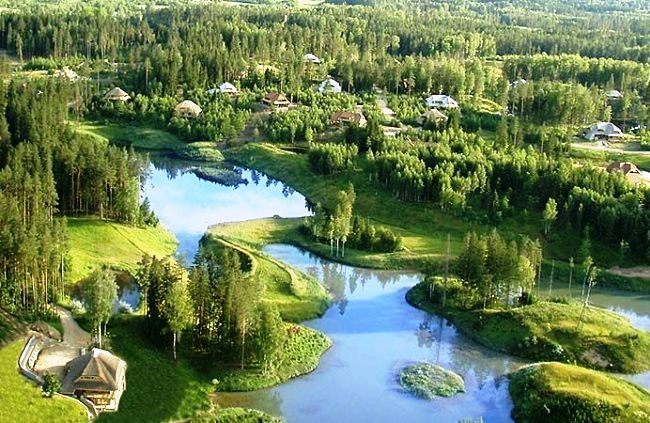 The ideological mastermind and sponsor speaks of the cottage community as follows:

The desire to live in your own comfortable house, located near the water in picturesque places, and even in the forest, very strongly settled in my brain. As a result, I founded the City of the Sun Amatciems, in which all my family now resides, and this is not much, I, my children in the summer and, of course, my grandchildren. Many my friends and like-minded people have also found their place here – people with similar views on life and surrounding events, demands to the place where they live, and also to the environment.

I must admit that initially, I planned this project, guided by absolutely selfish thoughts. First of all, I wanted to create a favorable environment for the “beloved”. As a basis, I took similar villages in other states, and also adding to them my personal vision of how you can live in a comfortable place and get along with the surrounding nature and neighbors overnight. In this case, does not disturb the life of wild animals.

In order for all these conditions to be fulfilled, and in the future to live in harmony with oneself and nature, it was necessary to develop some Internal Rules of Amatciems settlement. Which are written for people who share my opinion, people who do not perceive these rules as bans and are ready to respect others – and in all respects (this can be the storage of silence, and keeping in the cleanliness of the territory). For example, the rules stipulate that in the evening and at night all noise is prohibited, and also it is forbidden to erect fences, it is also stipulated in the rules that a dog is a person’s friend and he should not be in a collar on a chain. 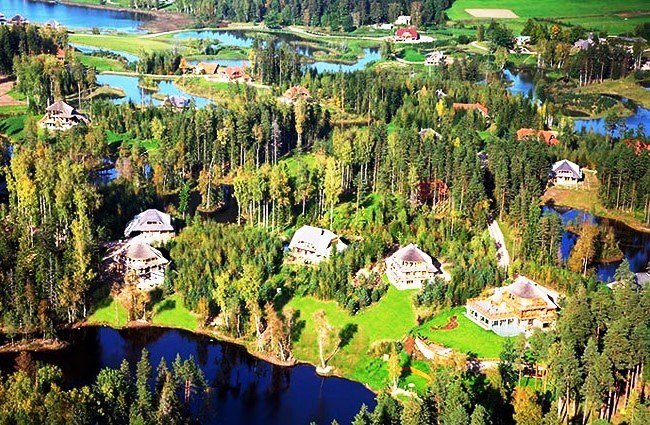 At the moment, my goal is to maximally conserve the natural environment in a natural state around the village. I’m trying hard to prevent the forest from turning into a city park. It is for this reason that the well-groomed, cropped lawn borders on a beautifully flowering meadow.