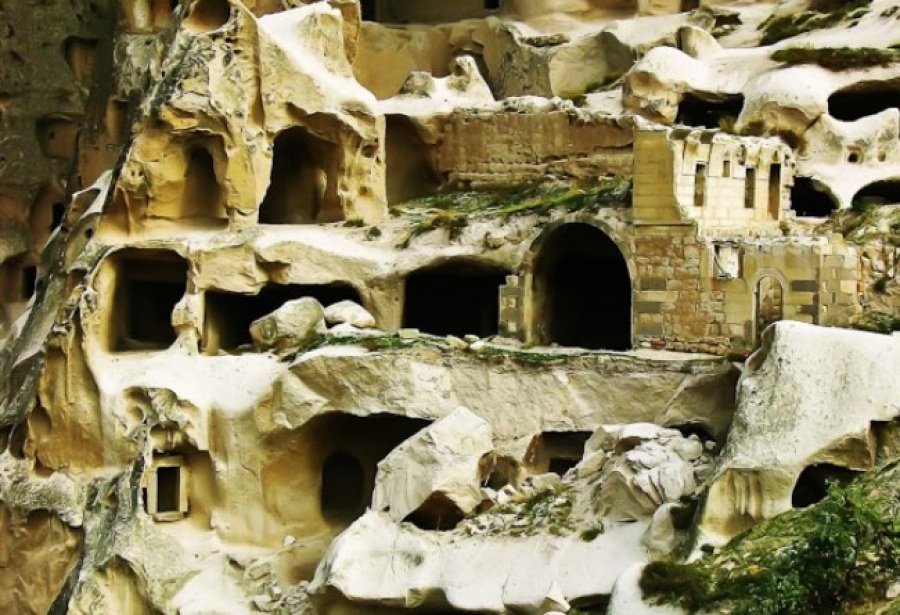 On the territory of Cappadocia, there are many unique geological formations, which stretch for several kilometers across the plain. Especially interesting is that here the mountains were formed with the help of volcanic eruptions which are observed, while repeatedly. That is, the mountains are made of a material called tufa, to be more precise, it is a sedimentary rock. 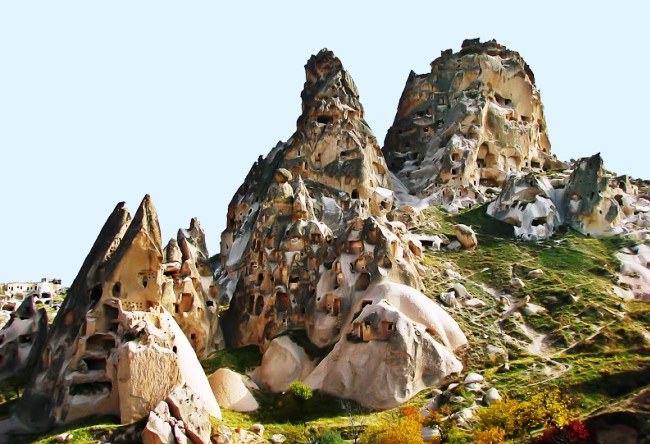 Coming here, you will notice, as it were, a strange apartment. And you know why, because thousands of years ago, people in the rocks began to build their multi-room home. So that whole areas have been turned into a real stone town. Most of the village is made of stone, it Uchisar. Of course today, most live in the normal wooden houses, but at that time, the stone, the so-called apartments, were very popular. 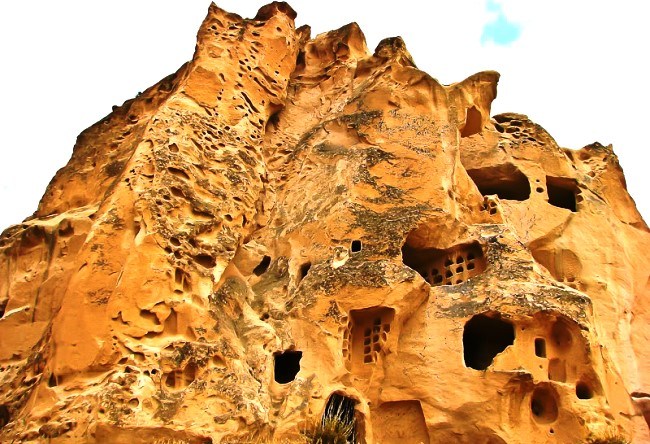 As a tourist you done here today, the stone houses seem to remain just for beauty, but believe me, it is not so. The so-called Castle in the village, very similar, however ridiculous it may sound, but the cheese with holes. This rock is completely made of many rooms. Also, there are a lot of tunnels and labyrinths, which is not fully explored. Why lock, and not another name, it is very difficult to say, because there are many different opinions on this matter. At the time when these apartments were built, they probably were very comfortable and practical. On the one hand, the apartment was easy to do, as tuff, very malleable material. On the other hand, this place is a refuge from the enemy. Because until you approach closer, it is very difficult to guess that here someone lives. Today, people use them in different ways, who as a barn, who as a granary, who as a general. 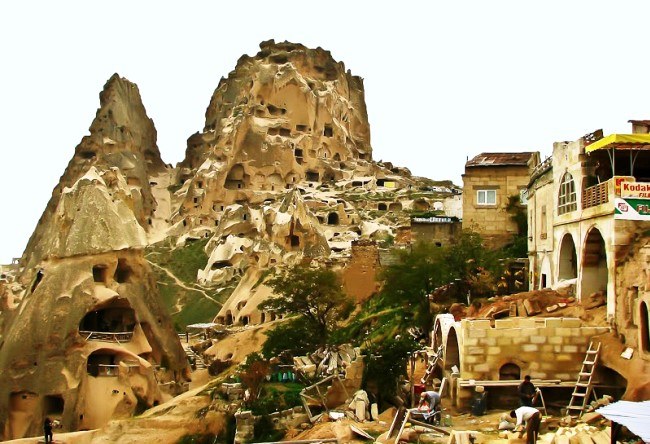 In general, there are some houses that show the tourists, it is necessary not only to earn, but also that everyone knew how to actually lived in these houses to people. History must always remember, no matter what.